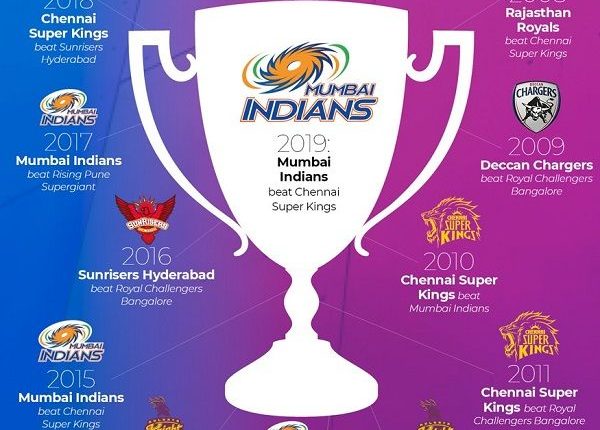 Indian Premier League (IPL) is the biggest and one of the most popular cricket tournaments in the world. The IPL 2022 edition begins on September 19, 2022 and set to conclude with the finals on November 10, 2022. Every team this year looking best contender but who will win the IPL 2022?

Winning the IPL tournament has a lot to do with skill but is it possible to predict which franchise can win the tournament? It may seem like a far-fetched idea, but by looking at past trends, we can make an educated guess and shed light on what makes an IPL champion.

Balance between young and experienced

Age and experience have played a vital role in previous winners of the IPL. It’s important to note that only one team has won the tournament, with the average age of players below 25 – The Rajasthan Royals in 2008.

Going with the numbers, Chennai Super Kings have the oldest team with an average age of 30 yrs ruling them out of IPL victory this season. Delhi Capitals fall slightly below the average of 25, also ruling them out of winning the 2022 tournament.

Internationally capped players are an asset

Having players who have represented their country at the international level is a proven formula for success.

It guarantees experience and a higher level of gameplay. Of the previous 12 champions, 11 had, at minimum, 15 players capped at the international level. Kings XI Punjab (13), Rajasthan Royals (13), and the Kolkata Knight Riders (9) all fall short of this number. Only one team has won the tournament with 13 capped players, the Rajasthan Royals in 2008.

There seems to be a direct correlation between spending more money on Indian players than international players and winning the tournament. Out of the 12 previous champions, 11 teams all had the highest-paid players who were Indians.

Once again, we can rule out three teams based on this estimate. Two teams fall short once more. Rajasthan Royals and Kolkata Knight Riders.

The former having England star Ben Stokes and former Australian captain Steve Smith as their highest-paid players while the latter made IPL history by spending $2.2m to acquire Australian pacer, Pat Cummins.

A move that made him the most expensive international player in IPL history.

Lastly, we can rule out Sunrise Hyderabad. Their skipper, David Warner, who’s the opening batsman for Australia, is the highest-paid on their team at $1.7m

Money doesn’t always guarantee success. As observed from previous tournaments, the most expensive squad has never walked away with the cup. Going by this estimate, we can eliminate the defending champions, Mumbai Indians from winning the tournament as they have spent the most on their team at a whopping $11,262,600.

Spending less doesn’t equate to success either, with the only team to ever win the tournament with the least valuable squad being the Rajasthan Royals in 2008.  The Delhi Capitals have spent the least this year on their squad and are the only team to have never made it to a final. Therefore, we can cross them out.

Who will emerge victorious?

Although they have never won an IPL title, the Royal Challengers Bangalore fit the criteria for emerging victorious for the 2022 tournament. They are the fourth most expensive team with 18 internationals; they have an average age of 29 years, and their best-paid player is captain Virat Kohli at $2.4m.

They finished last in the league in 2019, but they’ve made impressive signings that could spell success for them this year. Past trends point to them for the win, preparation, and well-placed positioning could make 2022 their defining year.