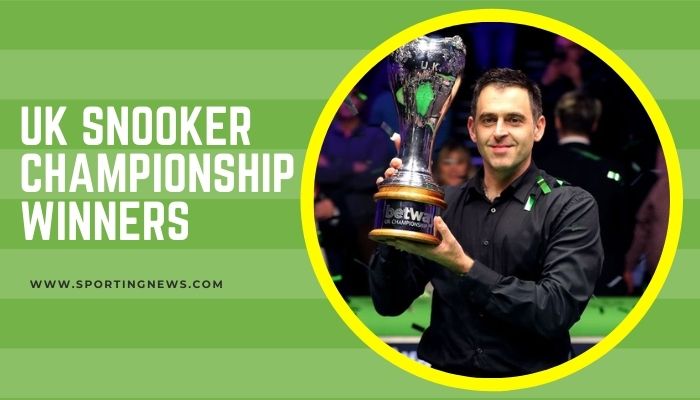 List of UK Snooker Championship Winners of All Seasons 2022

The championship will return on 23rd November and will go on till 6th December at the Barbican Centre, York, United Kingdom. This year would mark the competition’s 44 edition since its inauguration,

What started off as a tournament only for British citizens is now the second most prestigious snooker competition all over the world. But do you know The list of all the winners of the Betway UK Snooker Championship? Who is the defending champion? Who has lifted the trophy for the maximum amount of time?

The first UK championship was held in 1977, it started off as a non-ranking tournament. For those who are wondering what is a non-ranking event, it refers to the tournament’s participation criteria, which are set by the organizing committee or the sponsors.

From 1977 till 1984 the criteria were that players who are British residents-only they would be allowed to participate. But in 1984 the tournament was officially declared as a ranking event. The list of UK Snooker championship winners 2022 is as follows.

Who has won the snooker UK championship most?

Ronnie O’Sullivan has won the prestigious event for a record 7 times. In 2005, the defending champion Ding Junhui became the first foreigner outside of UK to win the championship. The top 5 players with the most wins are as follows-

The venue is a very essential selection for any tournament and UK Championship has seen many venues over the years. The list of venues is as follows-