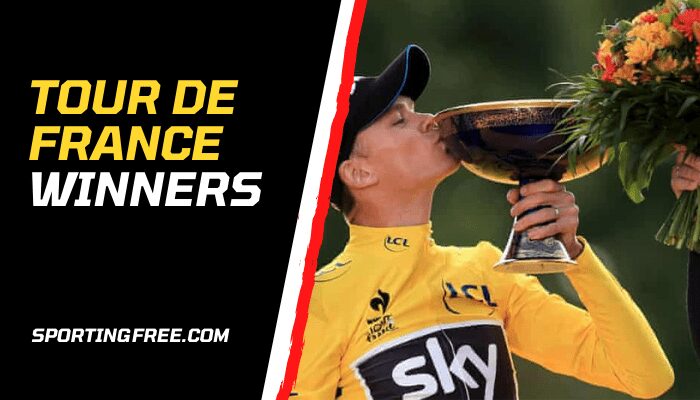 Tour de France Winners List: Who has Won the Most Titles?

Who is the most successful cyclist at the Tour de France?

Jaucques Anquetil, Eddy Merckx, Bernard Hinault and Miguel Indurain have won the Tour de France ‘5 times’ each and are the most successful cyclists.

Chris Froome is the second most successful rider with 4 titles to his name. Lance Armstrong had won 7 back to back Tour de France Titles from 1999 to 2005, but he was stripped of all his results and prizes because of doping charges.

Players with the most Tour de France titles