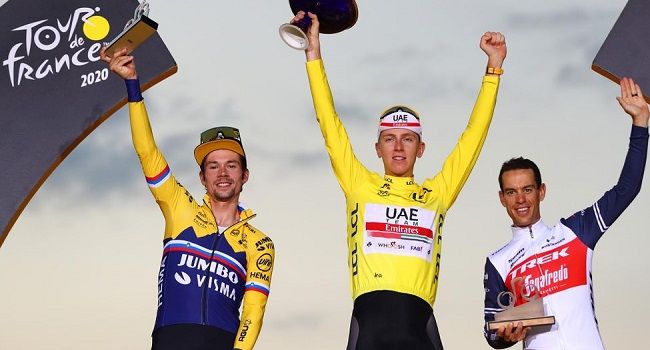 Tour de France is one of the 3 grand tours in cycling. It was started in 1903 and is held generally during the time of June-July. The 2022 edition of Tour de France is set to take place from June 26 to July 18.

Tour de France takes place over 23 days and the race is divided into 21 day long different stages, such as mountains, steep roads, etc. Hence there is a general winner, there is a mountain winner, the player with most points and there is a team that wins the Tour de France. Thus the list of prize money for different positions is as follows.

The Tour de France prize money for certain established and recognised stages is as follows.

Prize money per stage at the Tour de France 2022

There are usually 20 to 22 teams participating in the Tour de France and each team has around 8 riders, this year’s Tour de France saw Tadej Pogacar winning the race who belonged to the UAE team. whereas the list of winners of every category is as follows.