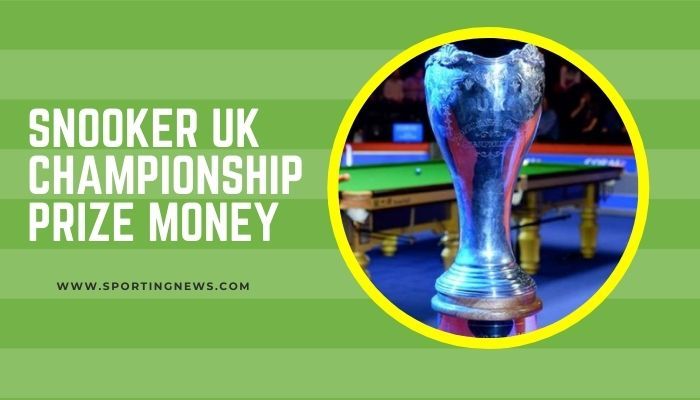 York Barbican is all set to host the UK Snooker Championship from 24th November till 6th December. The best around the world will be participating against others in one of the most prestigious tournaments of the year. Snooker UK Championship 2022 prize money offers many rewards for the winners.

Snooker might not be offering a ‘pool’ of money as to what Football, Baseball, and Basketball do. But what WST promises is to offer a fair amount of money to the finest players who bring their best game to the table.

However, this year the players won’t see any inflation in the prize money due to COVID 19. Thus, the prize distribution of the total fund money round wise is as follows.

The winner takes home a whopping value of £200,000. Also, it is very evident to note that there are 128 players participating in the tournament but only 64 players get paid for their performance. Thus, the players who get eliminated in round 1 are not paid anything and head home with empty pockets.

For those who are wondering what is the highest break, in snooker, it refers to the first shot taken to shatter the frame of balls similar to carrom. While the maximum break is associated when a player clears all the balls in a frame in his first shot itself.

Thus, the player with the highest maximum break is rewarded with extra £15,000 euros. Stephen Maguire won the reward in the last edition while Ronnie O’Sullivan holds the record for the fastest maximum break at the 1997 World Snooker Championship in just 5 minutes and 20 seconds.

Prize Money Distribution Over The Years

Ronnie O’Sullivan has won the tournament for a record 6 times and the first time he won the trophy was back in 1993. Let’s draw a comparison of inflation of prize money for Champions from 1993 till present.