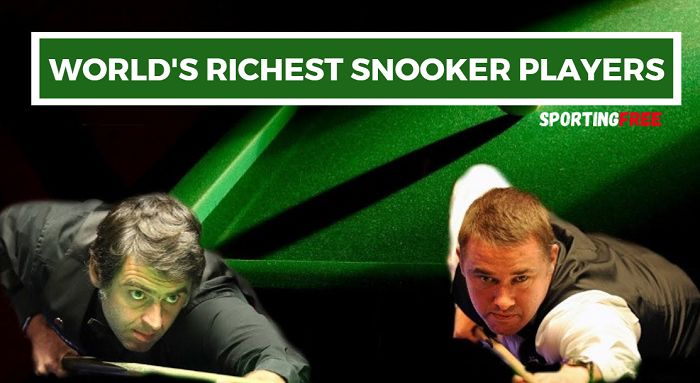 When we Indians think about Snooker, the first name that comes to our mind is Pankaj Advani. Pankaj is a 23 times Billiards and a snooker champion. In short, it would be fair to say that he made us aware of what the sport Snooker is. But do you how much he earns in such a handsome career? The 35-year-old has earned around $94,400 in his whole career, yet he fails to be on the list of all-time richest snooker players in the world.

Imagine the players who would have had a more glorifying career than him. What would their earning would look like? And what spot would they be on the list?

When we hear Snooker, Golf, and as the term used ‘rich sports’, it is naturally assumed that a handsome amount of money is required to excel and develop at snooker. However, Snooker as a sport also makes sure that it returns the investment made by players during developing years by paying handsome prize money at competitions. Yes, Snooker indeed is one of the highest paying sports in the world, only if you are good at it.

Snooker is a growing sport, we can’t neglect the fact that many might still not know what snooker is or tell the difference between snooker, billiards, and pool. It’s rapidly gaining popularity in Britain and many European countries. Thus with sponsors and advertisements backing the West, their players have relatively excelled well than other parts of the world and earn a more handsome amount compared to the rest.

When it comes to the greatest Snooker player(s) in the world, it has to be undoubtedly Ronnie O’Sullivan and Stephen Hendry.

Hendry has won the World Snooker Championship 7 times, and Ronnie trailing with 6 to his name. Both O’Sullivan and Hendry are the world’s richest snooker players of all time.

Both Ronnie O’Sullivan and Stephen Hendry are the highest-earning snooker players of all time, with all-time worth 30 million pounds each.

Judd Trump, who is the current World Number 1, has also made it to the list on the 12th spot. However, the only Asian to feature on the list still remains Ding Junhui.

If you like the article, then do check out the post on “How much do snooker referees earn“.

Disclaimer: The above information is based on the analysis and research done by our team. If any information is incorrect or needs to be changed about the world’s richest snooker players’ earnings, contact us or comment below.