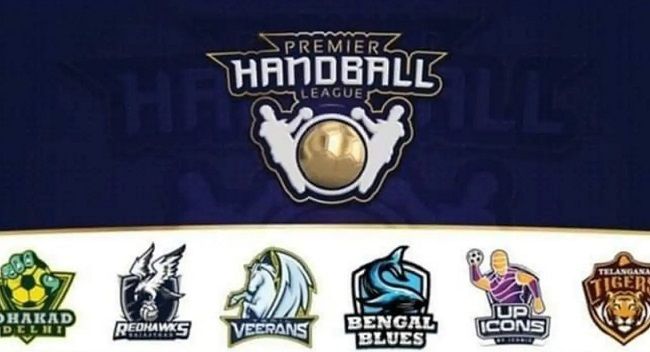 Premier Handball League: How to Watch PHL Online or on TV

India is soon going to witness another sport getting commercialized, following the footsteps of Hockey, kabaddi, football, and Badminton now Handball is getting the stage that it deserved. Yes, the handball will see its inaugural Premier League which will start on 24th December and will go on till 10th January 2022 and here’s how you can watch Premier Handball League live streaming and what TV channels has the broadcasting rights in India.

Premier Handball League (PHL) with the backing and affiliation from Handball Federation of India (HFI) which is the governing body of handball in India are expanding the unknown sport to many in this country and will put the players and the sport under the spotlight and it will also prove to be an opportunity to get qualified for the Olympics.

Handball was inaugurated in Denmark and India has been playing the sport at the local level since 1972. Adding on, India is ranked 32 on the world’s best teams table and there are 80,000 registered players for handball, thus it was a much necessary move for the PHL to happen.

Hence talking about the coming inaugural edition, this article will inform you about the details of the tournament and even the broadcasting details.

There will be a total of 6 teams who will be playing in this inaugural PHL edition and there will be 14 players in each team’s squad hence the list of teams gracing the league is as follows.

When a local sport has to be promoted then a major role is played by the broadcaster as they are the platform that everyone talks about, and this time that platform is being provided by Sony Networks.

Yes, Sony networks will telecast the league this year as the channels include Sony Ten1, Ten2, Sony Ten3, and Sony Six. For a digital experience then the viewers can tune to SonyLiv.

SonyLIV to have the Premier Handball League live streaming online on its website and app. Users need to have the premium subscription of the SonyLIV to enjoy the PHL streaming on computer, tablets or smartphones.