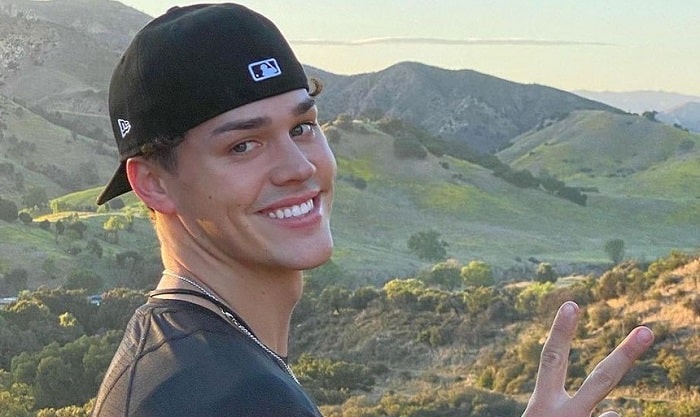 Noah Beck Net Worth 2023: Noah Beck is an American soccer player turned social media star. Currently, he is one of the most famous Instagram and Tik Tok stars based in the USA.

According to reports, Noah Beck net worth is around $5 million as of 2023. He earns all his money via social media posts on Instagram and TikTok. The majority of his income is generated via online sponsorships, brand collaborations and paid promotions. Reports suggest that Noah Beck earns $1.5k to $2.6k from each post on TikTok.

Noah Beck was born on 4 May 2001 in the Peoria region of Arizona state in the USA. Initially interested in soccer, Noah Beck started playing the sport during his early childhood. He was enrolled at the Ironwood High School in Glendale, Arizona. He began playing soccer for SC del Sol club soccer team, which is based in Phoenix.

Noah Beck captained a team at the United States Youth Soccer Olympic Development Program for three years, from 2014 to 2017. For the last two years of his high school, Noah Beck moved and relocated to the state of Utah. He joined the academy soccer team of Real Salt Lake FC.

Beck got accepted into the University of Portland, where he received a full-ride scholarship. He played as a midfielder for the Portland Pilots men’s soccer team and represented his university at the NCAA Division I men’s soccer competitions.