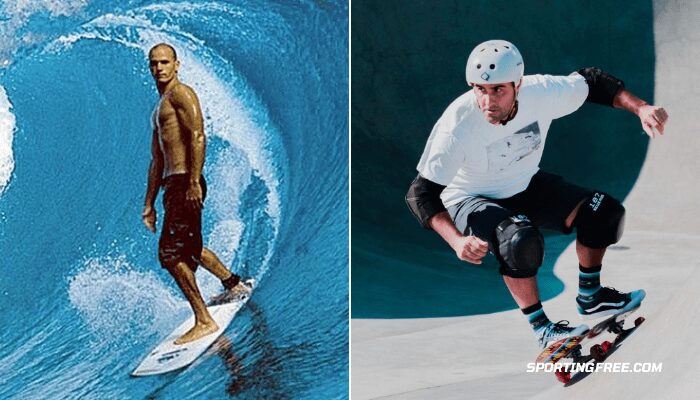 What are the new Olympic sports at the Tokyo 2022 games?

The biggest sporting event in the world kicks off on the 23rd of July. The Olympics 2022 in Japan will feature 33 sports at the highest level. The big news? The country will see the Olympic debut of many new sports.

What are the new Olympic sports at the Tokyo 2022 games?

Skaters from countries around the world will compete across two disciplines, park and street. The park consists of a ramp and a hollowed-out bowl mainly for tricks. On the other hand, the street is an obstacle course of rails, benches and stairs, etc.

The favourites seem the be the USA, Portugal, France and some even speculating of Japan to have a strong showing. Not everyone is as excited though, some are worried about how the commercialization will harm the ethos and culture of the sport.

The waves of Tsurigasaki Beach on Japan’s Pacific coast will be where the Olympic surfers make their debut. The Australian and Brazil teams look in prime position for the medal due to their previous experience on similar waters.

The USA will also be looking for a strong showing along with Japan. Talks of Tahiti hosting the surfing event for the 2024 Paris Olympics have been there as the nation is a French territory.

The event will be held in Nippon Budokan, the first Karate World Championships host in 1970. Karatekas will also compete in two disciplines Kata and Kumite.

Kata is a solo form of karate, while Kumite is sparring against an opponent. Multiple nations look in prime position to take home the medals. Spain, Japan and China look especially strong.

READ: How to Watch the Tokyo 2022 Olympics Live Stream

These can be called two different sports, but the similarities outweigh the differences. Softball is a faster game than baseball since it has a smaller field, more hitting, and only seven innings.

The host nation will be hoping to clinch the Gold as the sport is very popular there. The event only sees a select number of countries taking part, those are the USA, Australia, Canada, Italy, and Mexico.

This event will see the competitors compete in three disciplines. They will traverse a wall dotted with withholds and compete across speed, bouldering and lead. Speed will see the climbers attempt to scale a 50-foot wall as fast as possible.

Bouldering will be a climber climbing several fixed routes in a set time. Lead is a discipline where the climber attempts to climb as high as they can in a set time. The USA and Japanese look favourites for the event.