In 2022, betting spaces like casinos and racetracks in New Jersey generated total revenue of $4.74 billion. Brick and mortar venues still struggled somewhat due to the pandemic but overall, the sports betting market was robust.

Record revenues were achieved during the year. This is not surprising given that the number of online sportsbooks in the state continues to increase: according to justgamblers.com

“Online sportsbooks have become increasingly present in New Jersey, and players across the Garden State now have more than 20 from which to select.”

This selection of online betting providers has helped to offset any problems with brick-and-mortar premises. 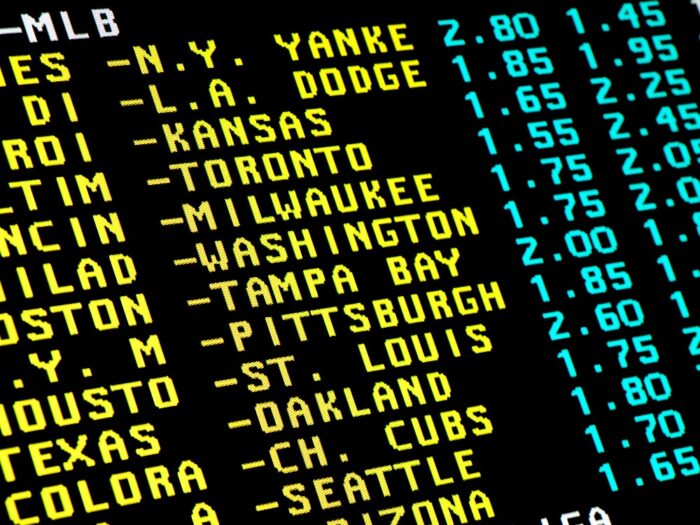 You only need to look at the $10.93 billion made from sports betting in the state during 2022 to see how healthy the sector is. This figure is a significant increase on the $6 billion placed in bets during the previous year.

Towards the end of the year, the positive position in sports betting remained. Nearly $1.2 billion was taken in sports bets in December. This was the fourth month in a row where bets taken totaled more than $1 billion.

Why has New Jersey done so well?

New Jersey is certainly benefitting from being the first state to make a significant move in the sports betting arena. For example, it has around 22 mobile sportsbooks for players to choose from. This is more than any other state in the country.

In 2022, New Jersey may have also benefited from the fact that New York did not launch its sports betting market during the year. Now that this market has launched some experts are concerned that the market in New Jersey will suffer.

However, this will not necessarily be the case. You only need to look at Nevada which is still setting records for sports betting despite facing competition from other states that have gone live with their sports betting offering. So, a threat may not always be as serious as it may seem at first.

6 Reasons Why Betting On Sports is Popular

Despite the uncertainty about how much threat it will be, the recently live state-wide mobile sports betting market in New York cannot be ignored. During its first weekend of operation, the market took around $150 million in bets from New Yorkers.

It’s taken a while since the first legal sports bets were placed in the state, in 2019, but now state-wide mobile sports betting is live it’s set to revolutionize the market for sports betting in New York which has now joined many other states in fully legalizing sports betting.

The impressive first weekend figures were achieved with just four companies, FanDuel, DraftKings, Caesars Sportsbook, and Rush Street Interactive, currently having licenses to offer mobile betting in the state. Another five companies, Bally Bet, BetMGM, WynnBet, PointsBet, and Empire Resorts, have been awarded ten-year licenses. However, they are still waiting to pass statutory and regulatory requirements before they go live.

Once this happens, the amount of money taken from sports betting will increase. What effect this will have on betting in New Jersey is uncertain.

What does the future hold for sports betting in New Jersey?

New York is not the only possible threat to New Jersey’s impressive sports betting returns. National betting revenues have remained relatively low so far, at $3.25 billion in 2022. New Jersey alone generated 20% of this total. However, this looks set to change as states including California and Texas are set to vote on mobile betting legislation.

However, high taxes in states like New York, and increasing levels of competition as more providers enter the market, may eventually cause growth in betting receipts and revenues to stall somewhat. This is due to the fact that factors like high taxation can put off potential investors and increased competition makes it difficult for companies to attract customers.

This makes it necessary for betting providers to spend large amounts of money on advertising. This expenditure, combined with a lack of investment, and high levels of competition could lead to some providers going out of business or being sold on for small amounts of cash.

It’s clear that the overall environment for sports betting in the US is complex. There are many factors that could have a less than positive impact in the near future. New Jersey is part of this environment and will no doubt be affected by events that happen within it, such as betting providers going out of business. The emerging mobile sports betting market in New York is also likely to have some effect.

It’s unclear what effect these combined factors will have on sports betting in New Jersey, only time will tell. But one thing is certain; New Jersey is currently in a strong position and is the leader in the market. This should put the state in good stead for withstanding any threats that come its way in the coming years.