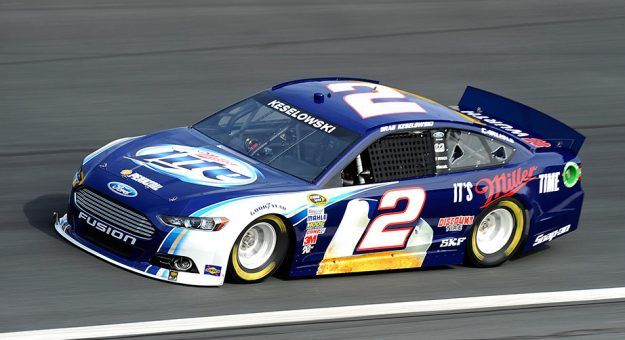 After watching NASCAR races at some point of time, you would have surely fantasized of getting behind those lightning-fast wheels and becoming a race car driver or at least dreamt of owning a race car someday. All of that isn’t relatively easy, apart from being a good race car driver with excellent driving skills, money matter a lot in NASCAR racing, one should have a good sponsor to splash the big bucks on the racing team. NASCAR race car cost depends on its built-up.

The design of the vehicle used in NASCAR Championships is called Generation- 6 car or Gen-6, they were introduced in 2013 to replace the Car of Tomorrow or CoT model as the predecessor had various safety issues. Gen-6 model cars will be replaced by NextGen Model cars in 2022.

These cars have particular aerodynamics and downforce systems to boost their racing performance as well as to provide safety measures. NASCAR has grown into a prime-time sport, and it has the expenditures to go with it. Most of these bulging budgets are devoted to the building, repair and upgrade of the entire fleet of racing cars.

Most NASCAR teams contesting in Championships and Daytona 500 keep at least 10 to 15 vehicles in racing conditions as a backup. Some races like Daytona are more expensive as teams choose to use two engines one for 150-mile qualifying race and other for the Daytona 500.

The Built-up price for a right NASCAR race car ranges around $200,000 to $400,000 the cost-cutting depends on a budget of respective race teams and sponsors.

The Car Manufacturers used in NASCAR races are:

According to NASCAR official rules the engine cannot larger than 358 cubic inches (5,867 cubic centimetres), this limits the amount of horsepower that the machine can produce, due to this and limits on top speed racecars manufactured by Dodge were stopped.

On super-speed tracks such as Daytona International Speedway and Talladega Superspeedway, these race cars NASCAR-specific top-level stock cars not only surpass 200 mph (322 km/h but also generate power output of 860–900 hp from their V8 engines.

Toyota Racing Development, Earnhardt Childress Racing and Hendrick Motorsports are the main sources for NASCAR engines in the circuit.

NASCAR racing tires are very different from standard street tires, they have no tread to help them grip the flat track surface much quicker, and the NASCAR tires are wider than regular tires, about 11 inches (28 centimetres) across.

The tire costs between $350 and $450 each this set of four tires will cost around $2000, leading to $20,000 on tires alone for a single race. NASCAR teams mostly lease their tires from tire company Goodyear which is the official supplier of NASCAR.

Essential parts and components like Brakes and rotors cost around $20,000 – 40,000. A new base stock car or chassis for customization and up-gradation will cost at least $70,000 – $120,000. Areas, where NASCAR cars save cash, are speedometer, gas gauge, brake lights or headlights and doors, these race cars don’t use any of them.

Any damage to major components like Suspension parts, driveshafts, cooling systems, bearings, axles, gears of the car may cost tens of thousands of dollars approximately $30,000 to $50,000.

When the vehicle is at full speed of 200 mph any slight contact with other race cars or sidelines may lead to a severe impact on the body of the vehicle and sometimes disrupt in the internals system also. NASCAR teams sign insurances for such occurrences because a vehicle alone would cost them $400,000.