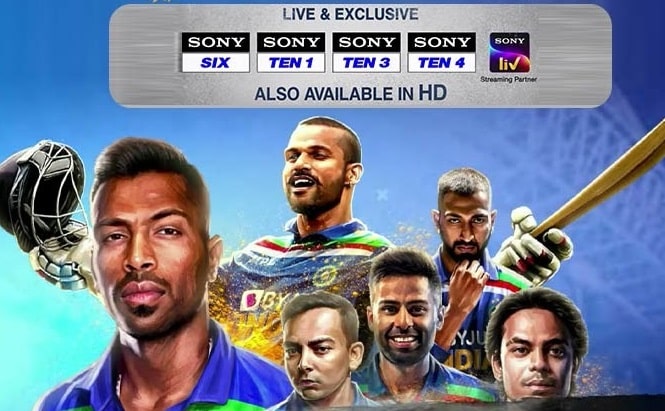 India vs Sri Lanka live telecast will be available on Sony Sports Network while SonyLIV has rights for IND vs SL live streaming games in India. India takes on Sri Lanka this July in 3 ODI series and 3 T20I series matches. The three-game ODI series, slated to take place on 13 July 2022 between India vs Sri Lanka, has now been rescheduled to begin on 18 July as batting coach Grant Flower and squad analyst GT Niroshan tested positive for covid.

The decision was decided because Sri Lanka Cricket wanted players to serve a longer quarantine time to maintain the safety standards following the reception of covid cases in the squad.

Other than the dates rescheduled for three ODI series, everything remains as planned. The India tour of Sri Lanka 2022 will be telecast live on Sony Network.

The men of Blue will return with their Sri Lanka cricket tour on 17 July 2022 on the Sony Pictures Sports Network (SPSN). The 3 ODI and 3 T20I series will be broadcast live in India from 1:30 pm on SONY TEN 1 and SONY SIX in English.

SPSN will return with its signature exhibit Extraaa’s Inns in English and Hindi to increase fan interaction and provide an unrivalled watching experience for viewers around the nation.

Former players such as Sanjay Manjrekar, Ajit Agarkar, and Ajay Jadeja are commentators for the studio show in English.

Whereas former cricket players such as Mohammad Kaif, Vivek Razdan, Amit Mishra, Saba Karim, and Arjun Pandit are the India vs Sri Lanka tour commentators for the Hindi language.