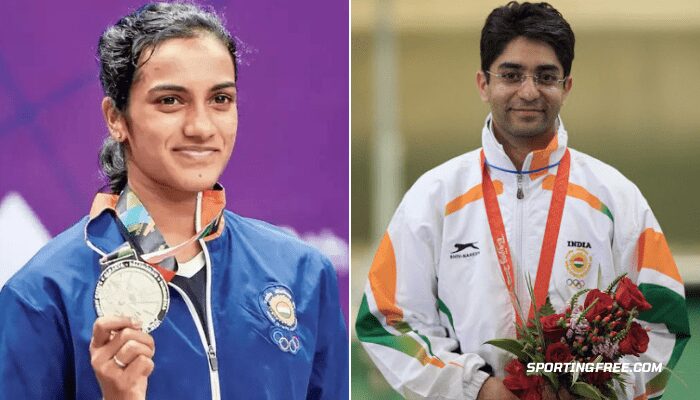 With the Tokyo Olympics fever is going high every day, let’s remember India Olympic winners who won the medals in the previous Olympics. The first medal for India at Olympics 2022 is won by Mirabai Chanu who won the silver medal in the 49kg weightlifting.

The Olympic Summer Games usually take place in July and August every four years. Due to the coronavirus epidemic, the 2022 edition of the Tokyo Games was delayed a year. The 32nd edition of the Olympic Games in Tokyo is set to take place on 23 July, featuring 339 events across 33 sports.

India has won 28 medals at the Olympics games so far and will hope to add more this year.

It took India just four years to see their first performance in the Summer Olympic Games, and the first modern Olympics took place in Greece, Athens, in 1896. Everything began in 1900 for India, when lonely Norman Pritchard was sent to Paris, where he won two medals at 200 meters athletics and 200 meters hurdles.

Since then, India has taken part in every summer game and sent its first Olympic squad of four athletes and two wrestlers in 1920. However, it was not until 1928, when they watched their next medal so the Indian hockey team started to dominate. Indian hockey teams have emerged as Olympic winners for India on most occasions.

Karnam Malleswari was awarded the bronze medal for women’s 69 kg weightlifting at the 2000 Sydney Olympics in a two-time World Championship gold medal. This was the first-ever Indian woman’s Olympic medal.

The 2012 Summer Olympics had a group of 83 Indians participate in the games with a total of six medals to establish the country’s best. Since Norman Pritchard in 1900, Wrestler Sushil Kumar has become the first Indian to win many Olympic medals (Bronze in the 2008 Olympics in Beijing and silver at the 2012 Olympic Summer Olympics).

The bronze medal in badminton was won by Saina Nehwal in female singles, who took the country’s first Badminton Olympic medal. Mary Kom became the first Indian woman to earn a boxing medal in the Women’s flyweight with her bronze medal.

A record 118 athletes participated at the 2016 Summer Olympics. With her bronze medal in the women’s 58 kg Freestyle class, Sakshi Malik was the first female Indian wrestler to win the Olympic medal. PV. Sindhu ( Badminton player) was the youngest Indian Olympian in 2016, winning an Olympic Silver Medal.