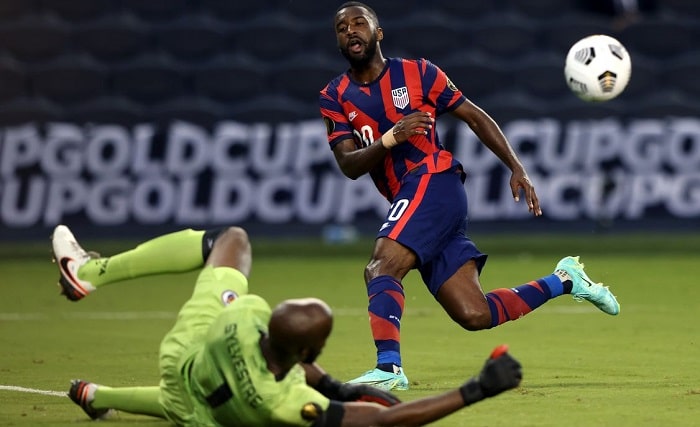 2021 The Gold Cup is held in America, with 16 teams with the Asian champions Qatar as special guests. All the teams were divided into 4 groups, and the top 2 teams from each group progressed.

Univision is broadcasting all the games in Spanish-language on its channels, Univision, UniMas TUDN and Galavision. If you cannot catch the games on television, download the TUDN app and TUDN.tv to stream CONCACAF Gold Cup 2022 online.

If you do not have a subscription to Fox Sports and Univision, there is one more option to stream the games. Get the fuboTV’s subscription and watch CONCACAF Gold Cup live streaming free with the 7-day trial plan.

The UK fans can watch Gold Cup games live telecast on Premier Sports, the channel costs £10.99 a month on Sky and £12.99 on Virgin Media.

The prize money for teams playing in the group stages will be $200k each. The runner up will be awarded prize money of $500k and the winner $1 million.

The matches will commence on the 13th of July, with Asian champions Qatar going against Panama. Honduras vs Grenada will follow this match up.

Current champions Mexico will start their campaign on the 14th of July against Guatemala. Mexico is again one of the favourites, along with the hosts, the USA.

After the Euro and Copa America conclusion, the football action to continue in the US, watch every Gold Cup 2022 live stream free game with the guide. Not many teams compete for the CONCACAF Gold Cup, but the likes of Qatar can cause some upset and bring life to the tournament.