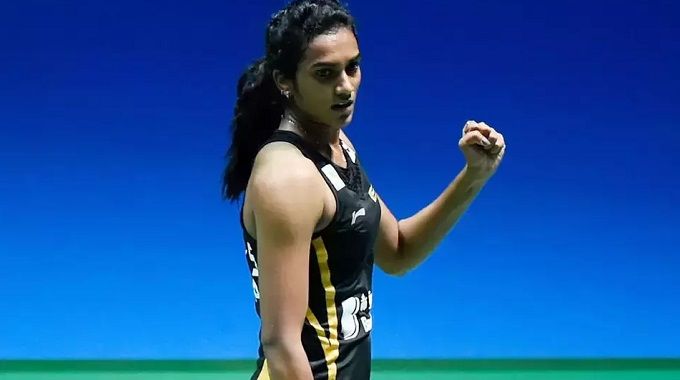 P.V. Sindhu will now look to wave the Indian flag high in China at the BWF China Open after winning the world championship last month. The BWF China Open will begin on September 17 and will continue till September 22. Sindhu will play her first game of the tournament against former Olympic gold medallist and World No. 1, Li Xuerui. The Chinese star has a 3-3 record against the Indian stalwart.

Apart from Sindhu, Saina Nehwal will also represent India at the tournament. Nehwal has dealt with injury blows throughout the year and will look to clinch her second gold of the year. Saina showed good signs in the World Championship. She was unfortunate when some controversial decisions ended her tournament in the second round against Denmark’s Mia Blichfeldt. Saina will begin her campaign at the China Open against Thailand’s Busanan Ongbamrungphan. In the men’s category,  B Sai Praneeth will be the flag bearer for India. Praneeth will open his account against Thailand’s Suppanyu Avihingsanon. Joining him would be P Kashyap who will take on France’s Brice Leverdez in the first round. Here is the China Open Badminton 2019 players list.

List of Indian players participating in the China Open 2019

The China Open will be aired live on the Star Sports Network and the live streaming will be available on Jio TV app.