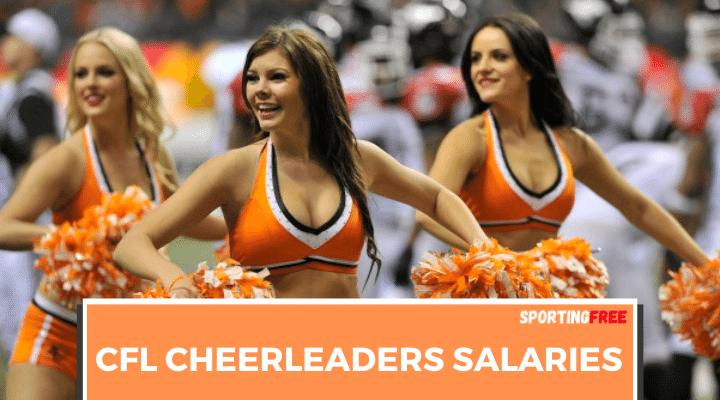 As you are well aware of the United States’s most famous football league NFL, similarly neighbours, Canada also has the Canadian Football League (CFL). The CFL hasn’t made it as big as it’s counterpart NFL, but it is very much loved and followed locally. It’s been almost 60 years since CFL’s inauguration. A recent report revealed the CFL cheerleaders salaries and per match fee.

Apart from having talented players on the field, the CFL also has athletic and beautiful Cheerleaders. Cheerleading involves rigorous fitness and mental acuity. CFL dancers work for tens of thousands of people at a time. Skilled dancers in unions, performing for crowds of the same size or less, carry home wages exponentially more significant than their cheerleading counterparts.

Like the NFL Cheerleaders, the CFL cheerleaders have also been underpaid and mistreated by their teams for years. The lawsuits faced by NFL teams from their dancers have been on the news for the past few years. Each lawsuit claimed serious labor abuses and gave a glimpse at the secretive and dishonest world of professional cheerleading:

The pop culture of the cheerleader is at best eye-candy and worst airhead. These women are incredibly talented and motivated athletes. Most of these capable and strong women train as lawyers, social workers, behavioral therapists, and dance instructors.

The Wage Gap is not as high in the CFL, just because Canadian players usually make relatively small salaries to their NFL counterparts. Even so, CFL players have a starting salary of $50,000 and a chance to earn hundreds of thousands of dollars a year.

There is a total of 9 teams in the Canadian Football League (CFL) each year.

Each team has their team or group of cheerleaders who are loyal to the team and support and cheer for them on the road for away and home matches. Sadly, these lovely talented CFL cheerleaders only receive a mere $350 per match fee for their tireless efforts and support.

A professional cheerleader with cheerleading experience of 2 or 3 seasons is signed on a contract basis by individual teams. A CFL cheerleader is paid only up to $8,000 for a year.