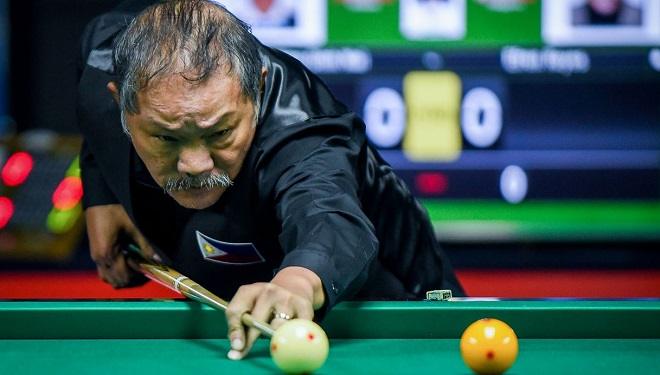 In order to become the best pool players, one needs crucial qualities such as concentration, precision, ability, and patience. Pool players are revered everywhere as they exhibit style and finesse and have an air of refinement and poise. It’s a part and parcel of playing a sophisticated sport like a swimming pool.

Pool or Pocket billiards is a class of complex cue sports. It is played on a rectangular table with six pockets on the rails, in which the balls are to be lost. Every individual pool game has its name, some of the best-known ones include eight-ball, blackball, nine-ball, ten-ball, seven-ball, straight pool, one-pocket, and bank pool.

Here is a list of the top ten best pool players of all time.

Efren Reyes is the best pool player to ever wield the cue. Efren Manalang Reyes, nicknamed ‘The Magician’ or ‘Bata,’ is 65 years old was born in the Philippines, and was the first player to win world championships in two different disciplines in the pool. He has achieved more than 80 international championships until now.

Efren moved to the U.S. after playing for his country. Pool analysts, fans, and former players say he was like a wizard with his wand whenever he played on the pool table with shots that looked magical and impossible.

Ralph Greenleaf was an American professional pool and carom billiard player born on (November 3, 1899, in Monmouth, Illinois). He was famous for his skills to manoeuvre the balls on the pool table, and his charisma dominated the sport from 1919 through 1924 and intermittently from 1926 to 1937. He was one of the best pool players of all time.

Ralph mainly contested in the game of straight pool, which varied in format from contest to contest during his days. In his death obituary in the New York Times, in March 1950 was written, “What Babe Ruth did for baseball, Dempsey did for fighting, Tilden did for tennis…Greenleaf did for pocket billiards.”

Mosconi inaugurated and regularly used numerous trick shots, set many records, and helped to popularize pool as a social recreation activity. He was also a technical advisor in the 1961 film The Hustler starring Paul Newman, and the film played a leading role in the boom in the popularity of the pool.

Luther Clement Lassiter, Jr. was an American pool player from Elizabeth City, North Carolina, and born on November 5, 1918, and nicknamed Wimpy. One of the best pool players the world has ever witnessed.

He had excellent hand-eye coordination from a young age and was recognized as a wizard in the game of nine-ball. Luther is widely considered one of the greatest players in history in the nine-ball pool. Luther was remarked as the undisputed king of the pool hustlers in his peak days.

Rudolf Walter Wanderone Jr. was another extraordinary American professional billiard player born on January 19, 1913, also known as “Minnesota Fats,” which he adapted from the 1961 film The Hustler.

He is the brother of the greatest pool players of all time Luther Lassiter. However, Rudolf never won a major pool tournament as “Fats,” he was the most publicly recognized and controversial pool player in the United States; he was an entertainer.

Earl Strickland is ranked as one of the best nine ballplayers of all time. Earl Strickland is an exceptionally skilled pool player in the sport, he dominates most of his games, his spot on the listing is well secured.

Jeanette Lee is a female pro-pool player and is popularly regarded as a black widow. Jeanette is a very feared pool player, she is most dedicated and has won over 27 national and world championships, proving that she can’t be taken lightly.

He has certainly earned her place among the best pool players ever. Black widow is also the most famous and most favorite female professional pool player of all time, and now she’s spent her time as a pool ambassador.

Lee is also a national spokesperson for the Scoliosis Association as she astoundingly performed well even though she was diagnosed with scoliosis, a sometimes-weakening spine curve.

Allison Fisher is another strong sportswoman who has both reached and exceeded expectations. She deserves to be counted amongst the best pool players of all time, as she won her first World Championship when she was just 17 years old.

Over the years, Fisher has been accused of losing her professional standing on the world stage in 1997 leading to variations in the ranking system.

Nevertheless, after moving to the United States, she came back and entered the Women’s Professional Billiards Association Tour. Since then, she has won 50 WPBA awards, both at 8-ball and 9-ball competitions. In 2007, she was awarded the Women’s Player of the Year title.

Mike Sigel has earned his spot among the best pool players of all time, winning over 108 professional pool tournaments. Mike Sigel was called Captain Hook because of his skill and his propensity to hook his opponents in some of the most challenging positions, leading to victory.

One of the main elements of the pool game is the ability to “hook” an opponent in a tough shot, known as a defensive shot. Sigel won more than 100 professional titles, including 10 world titles in his career.

Sigel became the youngest player to be introduced to the BCA Hall of Fame in 1989. Sigel was also ranked fifth by the Billiards Digest among the best players of all time

Johnny Archer born in Georgia, United States won his place as one of the best pool players in the world by winning most of his major tournament events. Archer is nicknamed “the Scorpion and is also claimed to be one of the most renowned 9-ball pool players of his era.

The scorpion captured the WPA Nine-Ball World Championship titles in 1992 and 1997, several years after he won the sudden death of 7-Ball and the first World Pool Summit in 2003.

In 2006, he won prize money of $50,000 to take on all the international challenges by 2009 and was then included in the American Hall of Fame billiards congress.