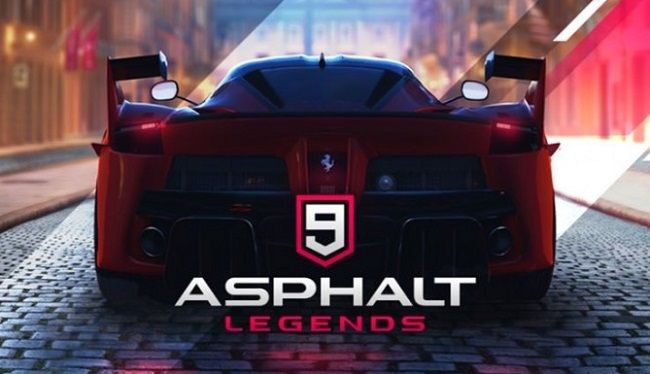 There are so many games releasing on the google play store and Apple store each and every day. The quality of the games on the market is extremely poor and is difficult to find games with great graphics that are pleasing to the eyes and also enjoyable for a good gameplay experience. Let’s take a look at the top 10 games with the best graphics for Android and iOS.

The First tree was developed by a solo developer named ” David Wehle”. Even though the game was being developed by a single person it never compromises in terms of both graphics and gameplay.

The game revolves around two parallel stories where a fox looks for his missing family and a boy looks for his estranged father in Alaska.

ARK is a very famous series survival and crafting games series on the PC platform. In 2022 Ark was ported to the mobile genre and it became a huge hit on the hand-held console too. The game is all about surviving in a prehistoric era where dinosaurs and other deadly creatures exist by collecting resources around you. It is one of the best Android games with the best graphics.

The players need to look out for food, build huts for shelters and protect themselves from predators. The graphics of the game is extremely realistic runs on 45-60 fps on the mobile platform.

Monument Valley 2 is the successor of the most acclaimed puzzle game on the mobile platform “Monument Valley“. Both the games are very similar in nature in terms of gameplay and graphics except for the storyline.

Monument Valley 2 is a puzzle-based game where you need to guide your character to an objective by solving a puzzle by using the environment around you. The game has some great graphics which look stunning and improves the overall ambiance of the game.

The game looks extremely good on the mobile platform even though being an extremely old game released way back in 2014. The developers of the game have updated from time to time due to which it looks good even in 2022.

Star Wars galaxy of heroes in RPG(role-playing game) set in the star wars universe. It is a turn-based RPG game where we follow in the footsteps of luke and others in facing the evil dark Vader. The game follows a story and we need to complete a certain objective to finish a mission.

After finishing a mission we can upgrade our characters which can help us in further battles. The game is set up in the star wars ear and the graphics look extremely pleasing to the eyes and the cinematic cutscenes are well choreographed and look stunning.

Dead Trigger 2 is one of the oldest games to feature in the list. The game released in 2016 looks pretty even today in 2022. The game follows in the footsteps of the protagonist who escapes from hordes of zombies while trying to find something.

The game is all about taking tactical fights with zombies while preserving the Ammos and utilities. The game looks extremely scary and the zombies are truly horrifying to the art style followed.

The game has been downloaded by more than 250 million people all around the world and is a huge commercial success.

Genshin Impact is of the newer games on the list released in early 2022 the game race to fame because of being extremely tough and good looking. there are very few games in these worlds which cater to both male and female and Genshin being one of them.

The game is set in the magical world of Teyvat which is filled with magical elemental energy. The game follows an art style similar to the anime cartoon series followed in Japan. The game looks and runs smoothly in 60fps on the mobile platform.

The game contains various characters containing various magical powers and abilities and can be selected according to our gameplay style.

The fighting game looks extremely beautiful and can give a run for its money to any PC game. The game has extremely high graphics and the cut scenes are true to the nature of its genre.

Old fans of the game can expect all the over-the-top moves, Finisher moves, and the gore nature of gameplay on mobile too. The game is not recommended for children and has an age rating of 18+.

Black desert mobile is a very intensive MMORPG for the mobile platform. The game contains 5 different Fighting classes with each having its own abilities and style of fighting. The game also has co-op options for most of its mission or you can pair up with a random person to complete a certain mission.

The game is set up in a dark and prehistoric Rome era. The world of the Black desert is made up of extremely dangerous monsters and creatures that look extremely good and optimized. The characters look extremely and the voice acting is really up to the mark.

Asphalt series has been one of the most successful gaming franchises on the mobile platform. The game was initially developed for the early Java games by Gameloft(founded by Ubisoft CEO). Today in 2022 Asphalt has aged like with over 40 + games released for various platforms.

The current latest release from the Asphalt is the “Asphalt 9 Legends”. The game looks extremely good in terms of graphics and gameplay & runs on mid-high range mobile series. Asphalt 9 legends is the best graphics game for Android and iOS right now.

The game has a very good storyline and also has some great cinematic cutscenes while driving. It has a huge array of cars and maps in the various landscapes making it appealing for the eyes. It is a must-play for all racing game fans.