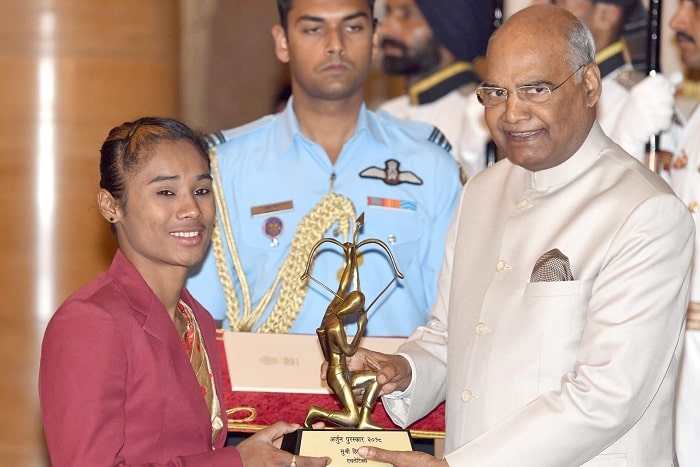 Arjuna Award 2022 Prize Money: How Much Money Will Winners Earn?

Arjuna Award 2022: The Arjuna Award is often awarded to a sportsperson for their excellent achievement in their relative field. The prize was named after Arjuna, a figure in Mahabharata’s epic literature. Arjuna was also a great archer and one of the Pandavas. The Arjuna Award prize money is generally awarded yearly by the Ministry of Youth and Sports.

The Arjuna award was believed to be the top athletic honour in this country in 1991-92 before introducing Rajiv Gandhi Khel Ratna prizes.

Arjuna Award is given to an athlete who has performed internationally throughout the four-year period and has also shown exhibit qualities such as leadership, sportsman spirit, and discipline.

The sportsmen’s performance is often evaluated until the end of the contests at an Olympic/Commonwealth/Asian games year.

The Ministry of Youth and Sports presents the Arjuna Award 2022, and the awardees will be rewarded with prize money of Rs.5 lakh this year. The Awardee receives a trophy, a diploma, a ceremonial robe and, the award money.

The prize is subject to certain restrictions, the same individual will not be rewarded twice. And Secondly, the Arjuna Award prize money would be presented posthumously if a sportsman has perished.

Usually, a nomination is made by the Ministry of Youth and Sports of the whole national sports federation. A maximum of three nominations can be sent to each agency.

For unrecognized sports federations with a maximum of 3 athletes correspondingly from each sport, the Sports Authority of India (SAI) provides nominations with the consent of the SAI Director-General.

As Cricket does not have a ministry-recognized Sports federation, the invites are chosen based on BCCI applications.

If a sportsperson is found culpable of taking drugs or substances forbidden by WADA or according to the sample provided by the National Anti-Doping Agency, the sportsperson will be disqualified.

The deadline for submission of Arjuna Award 2022 nominations is 5:00 p.m. max, on June 2. The submissions submitted after the time limit will not be accepted. The Department shall not be liable for any delay.