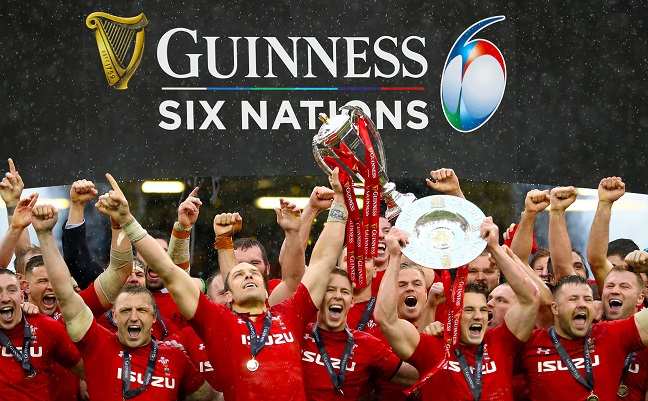 The Guinness Six Nations 2021 is set to kick off on Saturday, February 6 with exciting fixtures to create excitement among the rugby fans. The Six Nations 2021 live stream is available across the world as one of the biggest ruby international competition is going on between England, Wales, Scotland, Ireland, France and Italy. The rugby 6 nation broadcasting rights are held by BBC and ITV in the UK. All the six nations scheduled to play five rounds of matches over the two months to win the championship.

The 2021 Six Nations Championship to conclude on March 20 and all matches will take place on Saturday while the final match is between France vs Wales. If you’re a rugby and looking for how to watch Six Nations live streaming from all around the World then follow our guide to catch all the action from Rugby Six Nations 2021 live from across the world.

There are multiple ways to live stream the Six Nations 2021 no matter where you are in the world including online and television.

You also have the option to catch the 2021 Rugby Six Nations live stream free on the streaming devices but if you are looking to watch every single match of the biggest tournaments in international rugby Six Nation then here are the official broadcasters and streaming platform you must subscribe.

Where to live stream the 2021 Six Nations in the US?

The USA rugby viewers can watch the 2021 Six Nations live telecast on the NBC Sports cable channel but on delay basis after the match. You can also buy Rugby Pass which costs $79.99.

It will give you access to watch every match of the Six Nations without any ads along with other tournaments including Premiership Rugby and the Heineken Champions Cup.

So if you have the NBCSN channel already then watch the Six Nations live streaming through NBC’s website or its mobile app. But the stream will be not live instead it’s a delay. so, if you want to watch Six Nations games on a budget then this is the best option.

How can I watch live stream Six Nations online?

Viewers in the US can watch the 2021 Six Nations on cable through the NBC Sports Gold along with regular channel NBC Sports. If you don’t have a cable channel, still you can watch NBCSN live streaming through different streaming services.

Sling TV: The streaming service cost around $30 per month but Sling TV gives an option to user to use the Sling Orange or Sling Blue or combine at $45 per month which will give to access to the NBC and other channels to watch Six nation and NFL 2020.

Fubo TV: The sports streaming company cost $54.99 per month and will give access to NBCSN TV channels.

YouTube TV: YouTube‘s live TV streaming service cost around $50 per month and will give access to NBCSN.

How to Watch the 2021 Six Nations Live Stream Free?

In the UK, you can watch the 2021 Six Nations live broadcast on BBC and ITV. If you do not have the channel subscription then you have the option to watch Six Nations online through the BBC iPlayer and ITV Hub websites or mobile app, available on Android and iOS platform. You can watch the streaming of the Six Nations on television, computer, tablet and smartphone.

beIN Sport has the broadcast right of every game of the 2021 Six Nations in Australia while New Zealand rugby viewers can subscribe to the beIN Sport. Canadian rugby fans can watch Six Nations live stream by subscribing to DAZN.

How to Catch the Six Nations 2021 Radio Broadcast

The rugby fans can listen to Six Nations 2021 matches radio commentary on BBC Radio RTE Radio, RMC and on the BBC Sounds app.

How to Watch the British and Irish Lions South Africa Tour…

How to watch 2020 Tri-Nations Rugby Live Stream from…

Here is the complete TV schedule for the 2021 Six Nations championship.

Favourite Team for the 2021 Six Nations?

The World Cup finalists England is the favourites to win the 2021 Six Nations Rugby Championship.

I hope this detailed guide on how to watch Rugby Six Nations live stream has helped you watch every match and support your favourite team from across the world with or without cable and tv channel subscription.

How to watch 2020 Tri-Nations Rugby Live Stream from Anywhere