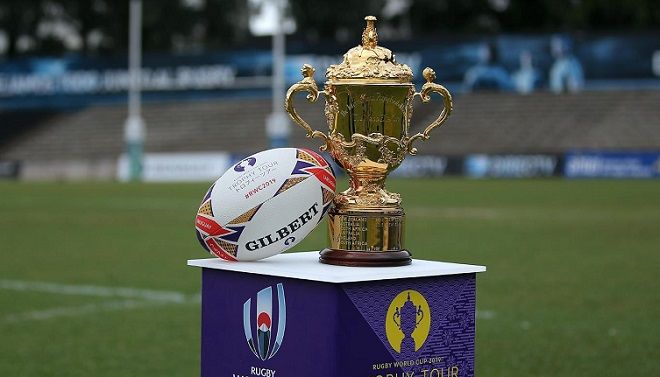 The Rugby World Cup 2019 fixtures for knockout are confirmed, England vs Australia and New Zealand vs Ireland on 19 October, Wales vs France and Japan vs South Africa on 20 October 2019. The tournament kicks off with an opening match between the hosts Japan and Russia on September 20 at the Ajinomoto Stadium in Chōfu, Tokyo. The ninth edition of Rugby World Cup to be played between twenty teams across Japan. Here’s all you need to know about the 2019 Rugby World Cup fixtures, schedule with times, dates and venues.

All the twenty teams have been divided into four Pools of five teams – Pools – A, B, C and D. Each Pool will have ten matches which will be played in a single round-robin format with each team plays one match against the other nine teams. Defending champions New Zeland won the last two Rugby World Cup and they will be eyeing for their third title. The Rugby World Cup 2019 to kickstart with the opening ceremony at the Tokyo Stadium followed by Pool A match between Japan vs. Russia.

The teams finishing in the top two of each pool will progress to the quarter-finals while the top three teams of each pool received automatic qualification to the 2023 Rugby World Cup.

What date is the Rugby World Cup Final 2019?

The final match of Rugby World Cup 2019 will take place on 2 November 2019 at the Nissan Stadium in Yokohama, Kanagawa Prefecture.

What are the groups for the 2019 Rugby World Cup?

The tournament has 20 teams who will battle in the four groups – A, B, C and D. Each group contains five teams and only two can qualify for the knockouts.

The fans in Japan can watch Rugby World Cup 2019 fixture live on Nippon TV, NHK, J Sports throughout the tournament. The matches will be broadcast live in the USA on NBC Sports and Univision.

ITV (free-to-air) have exclusive coverage rights of 2019 Rugby World Cup and they will broadcast all 48 matches live on ITV, ITV4, and ITV Hub.