Will the Kansas City Chiefs Make the Super Bowl again?

There is no denying that they are serving up more memories in this post season but the question on everybody’s lips is will the Kansas City Chiefs make the Super Bowl again?

The Chiefs have three Super Bowl appearances, but have only won it twice. If you visit this website you can find out more about the Chiefs Super Bowl records: edge.twinspires.com/nfl/kansas-city-chiefs-super-bowl-history-wins-losses-appearances-and-all-time-record/

The first time they appeared in the big game was in 1967, when they lost to the Packers, but they would make another cameo in Super Bowl in 1970, taking their first win ever in the competition with a victory over the Minnesota Vikings.

They would have to wait more almost 50 years for the feat to repeat. In 2019, Patrick Mahomes was chosen as the MVP, as the Chiefs beat the San Francisco 49ers in the Hard Rock Stadium, in Miami, Florida.

Now, they have another chance of getting back into the big game, but first they have to beat the Bengals in the Conference final.

The Bengals are having a great season and are on the brink of history so it won’t be easy. Who will make the way to the SoFi stadium in California, on the 13th of February of 2022?

A Divisional Round delight

Last weekend we witnessed one of the greatest play off games in NFL history as the Kansas City Chiefs took down the Buffalo Bills. The Divisional Round win was something for the record books; 25 points were scored in the final two minutes of regulation on its own; that’s bonkers.

Josh Allen and the Bills took a three-point lead with 13 seconds left in the contest. Everyone thought I’d was curtains for the Chiefs. Everyone that is except Patrick Mahomes.

Mahomes took the Bills’ punch before retaliating with the near knockout blow. He led a furious drive to kick a game tying field goal and then got the ball first in overtime, eventually scoring a walk-off touchdown to Travis Kelce. Scenes indeed.

The Chiefs main hope will be that the drama against the Bills hasn’t seen them peak too soon; they should be okay though. Next up they play the Cincinnati Bengals at home in the Conference Championship game. Can they advance and make a Super Bowl run? The short answer is yes. 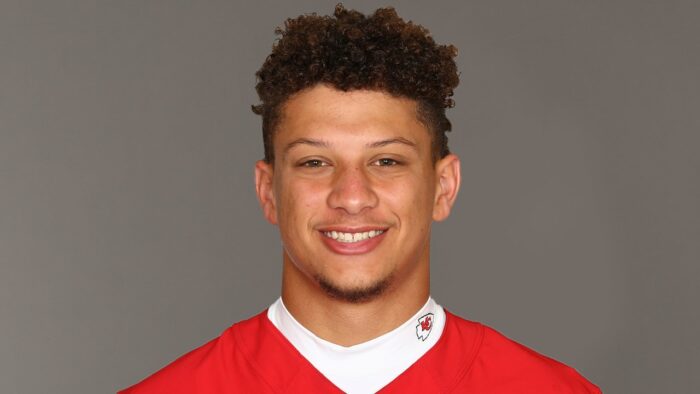 We have offered up the short answer of ‘yes’ already. The longer answer, however, would include reasoning centred on Mahomes. This team has been dominating games on a consistent basis since bringing in the former Texas Tech man in the 2017 draft. In fact, even on an off day they’re hard to pin down for an entire match and, as proven already in the post season, they’re never done until they are done!

On top of that, other defenses are often scared to play against them because there are just too many weapons to keep track of on the field. Buffalo was the number one ranked defense in the league, yet couldn’t stop them for 13 seconds. Kelce, Tyreek Hill, Mecole Hardman, Byron Pringle and even Jerick McKinnon are all contributors with Mahomes and this outstanding offensive line.

Despite a strong attack, it is not all sunshine and roses for the Chiefs; their defense leaves a lot to be desired – or at least it can do. The Bills hurt them a lot in their most recent game with the offensive talents bailing them out. The biggest issue is one of consistency or, more to the point, the lack of it. Their defense can be solid and, if they’re to go the distance this post season, they will need to be close to their best if the offensive players come remotely off their game.

What to expect against the Bengals

The Bengals is a tough matchup for the Chiefs but they are the only obstacle left for them to get into the showpiece game. Cincinnati is doing something never before done in their history. Joe Burrow, in just his second season in the NFL and coming off of a brutal ACL tear, won them their first playoff game in 31 years. Then a week after, he helped them get their first road playoff win in franchise history. This team likes being doubted and thrives on being the underdog.

They aren’t afraid of anybody that stands in their way and have one of the best overall offenses in the league at the moment. Also, the Bengals defeated the Chiefs towards the end of the regular season; that was just a couple of weeks ago. It was a thrilling high scoring performance where the Chiefs simply couldn’t stop Ja’Marr Chase no matter what.

After watching Gabriel Davis go for over 200 yards and four touchdowns last week, there could be a few worries creeping into the Chiefs camp. Then again, with Mahomes at quarterback, the Bengals won’t be counting any chickens of a second win in quick succession.

Mahomes and the Chiefs have something to prove in the Sunday match against the Bengals. They have shown they are the strongest team individually, but the Bengals are in a tremendous streak of form.

It will be a test for arguably one of the best quarterbacks in the world and the team from Missouri will have to be at their very best to arrive in the big game. If they do they will have a chance for a rematch with the San Francisco 49ers, who are in the opposite conference final facing the LA Rams.

One of these teams will be crowned Super Bowl champion in February. Right now, the NFL betting odds back the Chiefs to come out on top and win, with the Rams coming as second favorites.

However, if the results of the Packers and the Buccs showed us anything is that in the field surprises can happen and the favorites sometimes will disappoint the ones who had expectations over them.