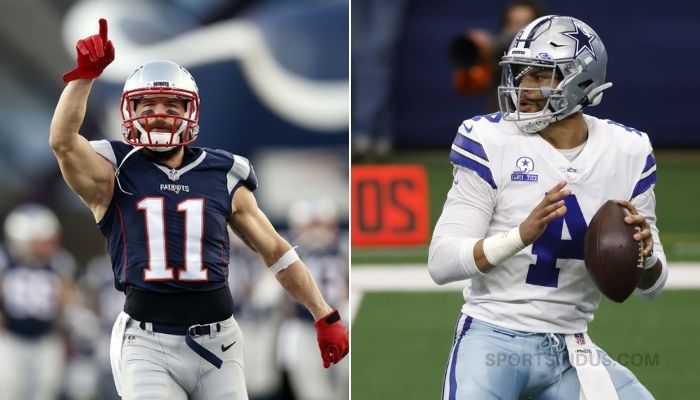 There are few more hotly anticipated, offseason, events than the posting of the various lists that Forbes puts together. These isolate the financial growth of teams and players over the past year and on this occasion, they even drew the ire of NFL legend Tom Brady.

Perhaps surprisingly, given the COVID pandemic, the values of the average NFL team rose by 14% over the past year. That means that on average an NFL team is worth an astounding $3.48bn.

Interestingly, the relative values of the biggest teams, which we’ll delve into shortly, show that the reigning Super Bowl champions Tampa Bay are way down in the 21st spot in terms of their value as an organization.

Perhaps this is proof that the financial statement of a side is less important than their propensity for success. In other words, the financial status of a team doesn’t necessarily equate to success, so it’s not enough to just back the big guns with your sports bets. Instead, seek out the best odds that are based on form and ability by using services like
Sidelines.io whose odds comparison service and overall betting advice will aid your overall betting strategy.

Anyway, here’s a rundown of the five most valuable NFL teams.

Dan Synder’s side is placed fourth when it comes to operating income and saw their value soar by 20% over the past year.

Clearly moving from St. Louis has done the Rams a world of good. Three playoffs in five years and they sit in a wonderful new stadium. All is good with the world.

The Giants have seen their valuation rise by 13% over the past year but arguably on the field of playthings aren’t all that promising. Only once in nine seasons have they managed a winning season and those Super Bowl wins in 2007 and 2011 must feel like a lifetime ago.

Last season was the first time in 13 years that the Patriots missed out on the AFC playoffs but that doesn’t appear to have had an indelible effect on the team’s value and you should expect Bill Belichick to get things back into gear next time around.

The Texan outfit tops the most valuable NFL teams list for the 15th year running and also, by some margin, tops the figures for revenue and operating income. It’s still more than 25 years since they last won the Super Bowl though.

Now back to Tom Brady. The Tampa Bay Buccaneers star, and the owner of more NFL rings that can be safely counted on much more than one hand, isn’t too impressed with his fellow players.

Apparently, he’s not too impressed with the union and the NFL players, stating;

“The salary cap dropped by 20 percent … and the new media deals were announced the day AFTER 2021 salary cap was set,”

To be fair he has a point. It appears that those leading the franchises are feeling more of the benefit following the massive new media deals that have been struck, than the players.

It should be noted though that NFL players are paid handsomely, though interestingly less than some other leading US sports figures.