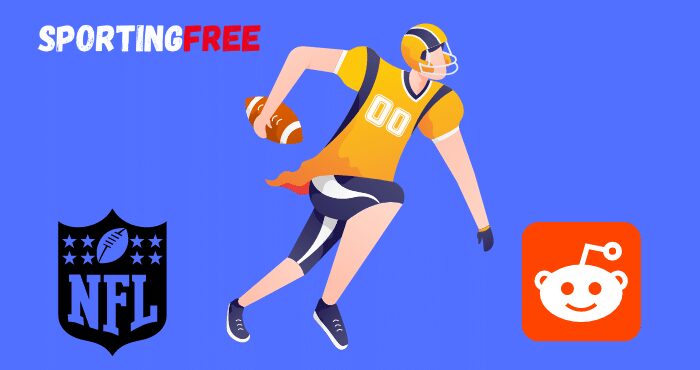 Reddit NFL Streams Banned: How to Stream 2023 NFL Draft For Free Without r/nflstreams

The best platform for NFL fans was the Reddit NFL streams as the subreddit featured free links to watch NFL live games from the NFL Network. However, Reddit banned the NFL streams subreddit which left the fans disappointed. However, here are some of the best Reddit NFL Stream alternative to catch the 2023 NFL draft live online without r/nflstreams as the 2023 NFL draft begins tonight in Cleveland, Ohio.

If you are looking to watch the 2023 NFL draft live stream online then you visit NFL’s official site or can download NFL App. ESPN website and app are also available for the fans to watch the NFL live stream games on mobile smartphones, tablets, and laptops and other streaming devices like Apple TV, Roku, Amazon Fire TV and gaming consoles such as Xbox and PlayStation.

The fans also have the option to go for the non-tradition ways to catch the NFL draft live streaming through services such as Amazon Prime, Hulu, YouTube TV, and FuboTV.

The “r/nflstreams” subreddit on Reddit was the best place for NFL fans to watch the game on Sunday. The subreddit featured links to various streams from every single NFL game, as well as to RedZone from both the NFL Network and DIRECTV.

It was the ideal location for cord-cutters or fans of NFL teams that didn’t play locally on television. However, if you go there now in hopes of discovering streams to watch the NFL game, you will be disappointed to know, Reddit has banned the “r/nflstreams.” It is banned for violations of Reddit’s Copyright Repeat Infringement Policy.”

We can’t blame Reddit for this ban as their hands were tied due to their own policy and the 34,989 copyright notices, resulting in 124,257 content removals in 2019. These high-profile leagues and networks like NBA, NFL, FoxSports, etc. are closing in on illegal streaming of their shows and copyright events.

There are quite a few ways to watch online streams of NFL games. There’s a regular cable connection path, but if you’re looking at NFLStreams, that’s probably a no-go.

If you want to watch NFL live game then go with Hulu+LiveTV which gives you access to channels such as ESPN, NBC, Fox, and CBS.

If you have a FuboTV subscription then you will get access to sports channels such as ESPN and NFL Network. If you don’t have then take a 7-day free trial and watch NFL live stream free games.

The NFL fans can watch games of Thursday Night Football live stream on the Amazon prime video with their prime subscription.

If you do not like the above platforms then YouTube TV is the one you should opt to stream NFL Draft. Pay $10.99 more to get access to Redzone.

There are other few options online to watch the NFL for free. One of the easiest ways to do that is with the Yahoo! Sports App. Users can watch live stream games on their phones or tablets free of charge.

This includes MNF and TNF games as well. However, fans can only watch games that are shown on their local TV market. The official NFL app also operates in the same way. (Strictly only available for local fans and not for fans outside the United States, though one could use a trusted VPN service)

If you need more information regarding this, please read the article NFL Live Stream: How to Watch NFL Football Online Without Cable on our page SportingFree.com