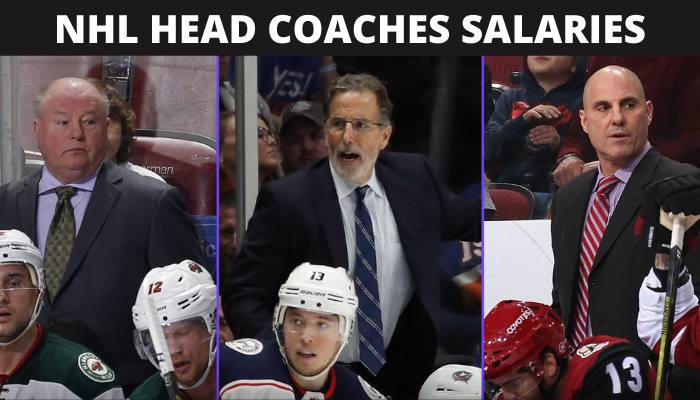 If you have ever thought about, how much an NHL head coach gets paid? then you have come to the right place, However, information is not easy to obtain, as the NHL head coaches salaries are not publicly released. The primary source of salary information for NHL coaches comes from local reporters.

The pay of a coach is fixed and, if they get fired, they will still be paying out of the deal. The average salary for NHL head coaches varies from $1 million to $6 million annually. Salaries for experienced assistant coaches, who have had some head coaching experience, range between $500,000 and $700,000.

The NFL coach’s pay comes under a guaranteed contract. For Example, if a coach signs a deal for four years, they will be paid for the entire four years of the contract even if they get fired midway or even after a month. CHECK: NFL Commentators Salaries

There have been several times where a coach has been fired from a team and recruited by another team. This doesn’t necessarily mean they’re going to be paid twice. The team will need to request permission to speak to the coach who was fired because they are now under contract with the other team.