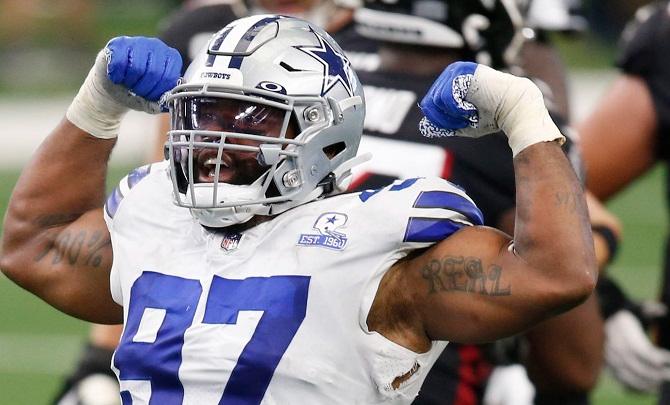 Which NFL Football Team Has The Most Fans 2022?

It is a well-known fact that Football is one of the most popular sports in the U.S compare to NBA, NHL, MLS, and other leagues. Football is prevalent and widely followed by passionate and excited fans at every single level. From high school level to the NCAA and the prestigious (NFL) National Football League. But do you know which NFL football team has the Most fans?

Though NFL gains most of its popularity in North America as it takes place in the United States, a lot of fans from all over the world follow and catch every game through TV broadcasts.

Which NFL Football Team Has The Most Fans 2022?

It is none other than Dallas Cowboys also referred to as “America’s Team“. The Cowboys have a stunning 8.5 Million followers on Facebook and 3.4M followers on Instagram apart from this, the main factor in analysing an NFL team’s fan following is the match attendance and on-road support.

The Dallas Cowboys has a streak of 190 consecutive sold-out regular and post-season games bot home and away which began in 2002.

Dallas Cowboys are the most followed (NFL) National Football League team collectively in all social media platforms. However, they haven’t managed to win a Super Bowl after the 1990s. They are second-most on the list of most Super Bowl wins and made it to the Super Bowl Eight times.

Cowboys was founded in 1960, the Cowboys is a Frisco, Texas-based Franchise and play their home matches at the AT&T Stadium. Every season the Cowboys are the talk of the Town, and this is little reason why the Cowboys are called “America’s Team”.

The Cowboys weren’t as dominant as they were in the 1970s, but with Mike McCarthy leading the way and Ezekiel Elliott in the backyard, the future seems promising for Dallas Cowboys.

New England Patriots are the second most popular National Football league team. They have made it to the Super Bowl record 11 times and won it six times.

Followed by Phillidelphia Eagles, they won their first NFL Super Bowl Championship in 2018 which was their breakthrough season. They managed to win the Super Bowl in their third appearance.