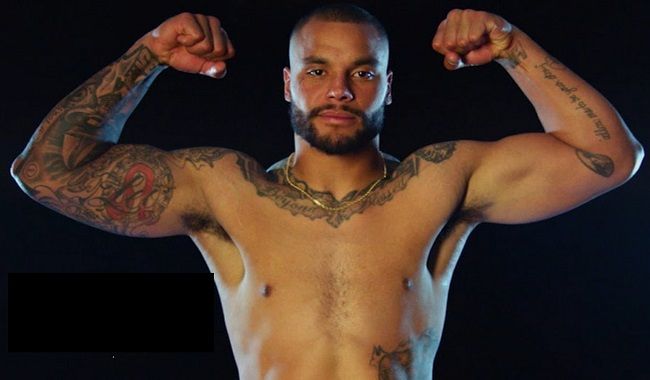 Dak Prescott’s Tattoos: The Real Meanings Behind Them, Design & Artist

Dak Prescott is the well-known quarterback for the NFL team, Dallas Cowboys. Sport enthusiasts would certainly know Dak for his peaceful presence, power and swift movement in the field. Dak Prescott’s tattoos are popular among American football fans. Dak’s love for his mom is displayed by tattoos on his body. Prescott has other fascinating tattoo design on his body as well, so let’s take a look at his tattoos and the significance of them.

Every Dak Prescott’s Tattoo and The Real Meanings Behind Them

On Dak’s right elbow there is an enormous star inked. The star is surrounded by flames which represents Jesus five wounds the elements- earth, fire, water, air and spirit.

Dak inked his sun sign on the inside of his bicep that says, Leo.

Dak writes the words TJP and JMP correspondingly on the left and right sides of his arm. He got this as tributing his two brothers Tad and Jace Prescott.

On the inside part of his right forearm, Dak has a sailboat’s tattoo. The sailing boat is the emblem of peace and portrays the life of a person quite like a sailor.

In the middle of his back, Dak Prescott bears his first name “DAK.” The name is highlighted by a crown on top and a rugby ball at the bottom which clearly represented his enthusiasm for football.

Dak’s right bicep is covered with a complex design, the meaning of it is unknown.

Dak was really close to his mum, therefore when she started falling ill, he got the doodle permanently inked on his body in order to give his mother his devotion.

Dak’s got the phrase, ‘Beyond Blessed’ tattooed on his chest.

There’s a unknown tattoo on the left side of Dak’s stomach.

On his back, he tattoed the Corinthians 9:25 bible quote in a banner design.

“Every Athlete in Training Submits To Strict Discipline, In Order To Be Crowned with A Trophy That Will Not Last; But We Do It For One That Will Last forever…. God”.

Dak has the words ‘FIGHT FINISH’ placed beside his shoulders on his upper back. These words are the reason and comprise the part of the three words that his mother and two other brothers gave him (FAITH, FINISH, and FIGHT).

Dak had two words inked on his body, while the third one, FAITH, was engraved by Dak in the form of a band on his left hand.

Dak’s tattooed 135 close to his right wrist, as it represents his draft pick.

Tattoos on Dak Prescott’s shoulder and neck consist of clouds and a bird flying high in clouds is inked between his neckline and shoulder.