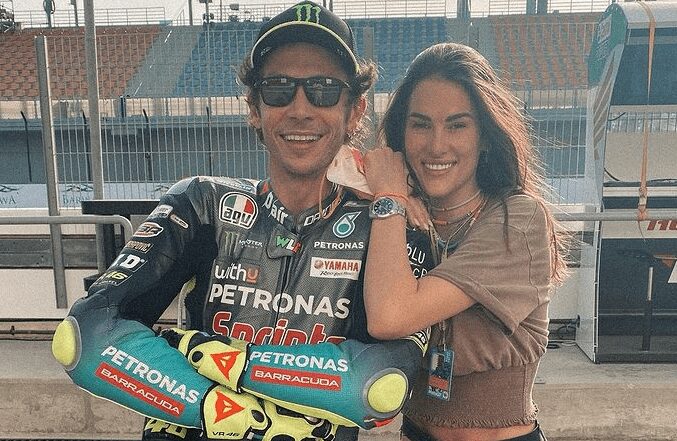 Valentino Rossi is a professional racer from Urbino, Italy. He is included among the world’s successful motorbike riders and multiple times MotoGP World Champion. He was born to Graziano, a former Grand Prix Italian racer, and Stefania Rossi, his mother. Rossi is one of the best MotoGP racers of all time, giving him a lot of fame and money. And if you are a popular sportsperson, then who doesn’t want to date you! Yes, many beautiful women claim of being Valentino Rossi girlfriends.

Rossi presently races for Petronas Yamaha SRT. He has gained the World Grand Prix Championships nine instances and is famously called Doctor in Italy. Valentino is in a relationship with his girlfriend Francesca Sofia Novello, a professional model. Let’s take a look at the Valentino Rossi girlfriends history.

Valentino Rossi is currently dating Francesca Sofia Novello, who is a model by profession. Since his relationship with Linda Morselli ended in 2016, he was considered single but discovered a new girlfriend.

Since the end of 2017, the couple has been dating each other, and till now, they have no intentions to get married. Well, after a deeper examination of their connection, it appears to like they will tie the knot soon than later.

The 27-year-old is also an Instagram personality with 372k followers. Francesca Sofia Novello often posts pictures in a beach bikini. She was born on October 13, 1993, and is known as the top model in Italy. Since the age of 19, Francesca has been the grid girl or umbrella girl in Moto2 and Moto3.

Rossi is additionally famous for changing partners, as you will discover if you look at his history. So far, around half a dozen girlfriends he seemed to have dated. Let’s have a look at Valentino’s dating history.

Before dating Francesca, Valentino was in a relationship with Linda Morselli, a model and TV presenter.

From 2005 to 2007, he was reportedly dating Arianna Matteuzzi. Valentini was also linked with Maddalena Corvagila in 2005 and Mandala Tayde (2008).

He also had a brief relationship with Martina Stella in 2002. There were rumours that he and Elisabetta Canalis were paired in 2007.