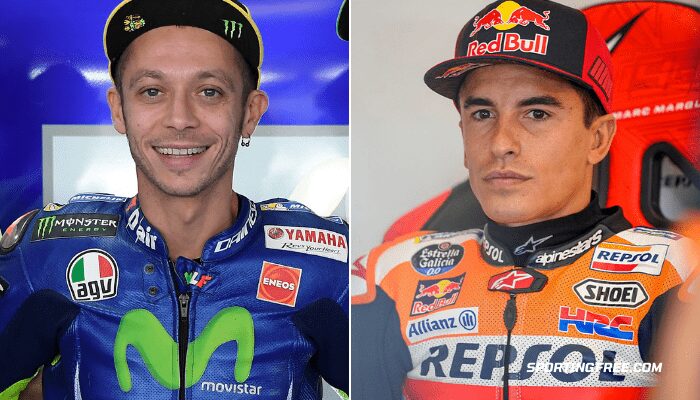 MotoGP is the top of the motorsport pyramid on 2 wheels. It features some of the worlds fastest bikes. The brilliant pieces of machinery that are the bikes require equally talented riders. Going nearly 200mph on 2 wheels is no mean feat. The riders who put their lives in danger each time they get on the bike need to be compensated fairly. Some of them are the highest-paid sportsperson in the world and holds the title of richest MotoGP riders.

The riders are some of the most well-paid athletes on the planet with enormous contracts. Let us take a look at riders who have made a fortune from their careers.

Colin Edwards is an American former professional rider. He retired midway through the 2014 season but continues to be a test rider. Edwards competed in Moto GP from 2003 to 2014. He is also a 2-time world superbike champion.

Dovizioso is a professional rider who competes in the MotoGP with factory Ducati. He has been on with the team since his debut in 2008. HE has finished runner-up to Marc Marquez in the world championship on 3 occasions in 2017,2018,2019.

READ: How Much MotoGP Bikes Cost.

Cal Crutchlow is a former British MotoGP rider who has ridden for Yamaha, Honda and Ducati throughout his career is one of the wealthiest MotoGP riders. Crutchlow made his debut in 2011, winning rookie of the year. He also has 3 wins and 19 podiums to his name.

Alvaro Bautista made his MotoGP debut in 2010 and has ridden for Honda, Yamaha, Aprilia and Ducati. Although his stint in MotoGP wasn’t massively successful yet, he features 7th on the list. The majority of his net worth comes from racing the Superbike World Championship, where he has 16 wins and 25 podiums.

Stefan Bradl is a German motorcycle racer and son of former racer Helmut Bradl. Stefan made his MotoGP debut in 2012 and has ridden for Honda, Yamaha Forward and Aprilia. Since 2017 he has competed in the Superbike World Championship 2017. He is currently contracted to Repsol Honda as a test rider.

On May 17, 2017, Hayden was hit by a driver while riding his bicycle near Rimini, Italy and sadly passed away. His bike number 69 has been retired in his honour.

Lorenzo began his career in 2008, riding for Yamaha and then moved to Ducati. He is a 3 time MotoGP world champion, winning the title in 2010,2012 and 2015. One of the highest-paid riders on the grid till his retirement in 2019. Along with his MotoGP earnings, multiple endorsement deals see him sit 3rd on the list.

Marc Marquez has taken the MotoGP world by storm and has become of pf the sports greatest ever riders since his debut in 2013. He has 6 premier class titles to his name, all for Repsol Honda, with who he started his career. He is also the highest earner on the current grid making $12million a year.

Rossi has 7 premier class world titles to his name and is considered one of the greatest riders of all time. He has spent over 2 decades in the sport and is an icon around the world. He is the second-highest-paid rider on the grid, taking home $10million a year. Right Now, Valentino Rossi is the richest MotoGP rider in the world.

The majority of his $135 million net worth comes from endorsements and sponsorship deals.