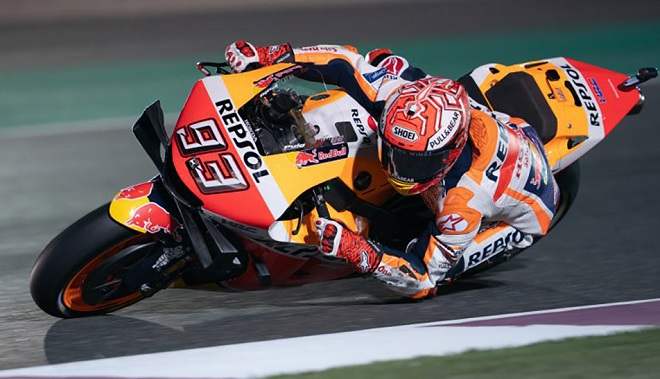 MotoGP is the highest level and oldest established of motorcycle road racing in the world. It is sanctioned by the motorsports world governing body (Fédération Internationale de Motocyclisme) and is a very well-known riding sport watched by millions from around the world. Every MotoGP session from practice to qualifying and the main race are broadcasted around the world and here’re all the MotoGP 2021 TV Coverage and Free to Air and Paid TV Channels broadcasting worldwide.

The coronavirus outbreak affected the last year’s season but now once again MotoGP is all set for the 2021 season with all the nineteen races. The MotoGP has four categories – MotoGP, Moto2, Moto3, and MotoE. MotoE is the latest to be developed and uses electric engines, the other three using four-stroke engines.

MotoGP is one of the most popular motorsports and top motorcycle road racing event in the world. You can find complete MotoGP TV Coverage rights and tv channel broadcasting list worldwide here.

The MotoGP 2021 season begins on 28 March with Grand Prix of Qatar. MotoGP is becoming more and more popular around the world. MotoGP 2020 to have live tv coverage around the world with 87 broadcasters who have MotoGP TV rights to broadcast every race in 207 countries.

Dorna Sports announced that the 2021 MotoGP would reach a total of 101 networks to show all the 20 Grands Prix. Here’s the complete list of MotoGP 2021 broadcast rights.

MotoGP uses a broadcasting technique similar to the F1, known as the “World Feed”. This has been managed by Dorna Sports since 1992. In-house coverage is provided and various cameras are used to capture the speeding machines on the tracks as they complete lap after lap.

Fixed cameras, onboard cameras, helicams, and RF cameras are used to produce the event in High Definition using Dolby 5.1 surround sound. A super high-speed SloMo cam is used to capture in slow motion.

FoxSports which is a paid channel will have live coverage of every GP in Australia while Channel One will broadcast only Australian and other selective races live. Asian Countries like Singapore, Malaysia, Vietnam, Thailand, Taiwan and the Philippines can tune into FoxSports Asia for the live action of every race.

Netherlands MotoGP fans can watch the race live on Eurosport (paid channel) and on NOS (Dutch MotoGP). Belgium audiences can watch on Eurosport as they have the MotoGP TV Coverage rights. ESPN Latin will have live coverage of MotoGP action in American countries except for Brazil.