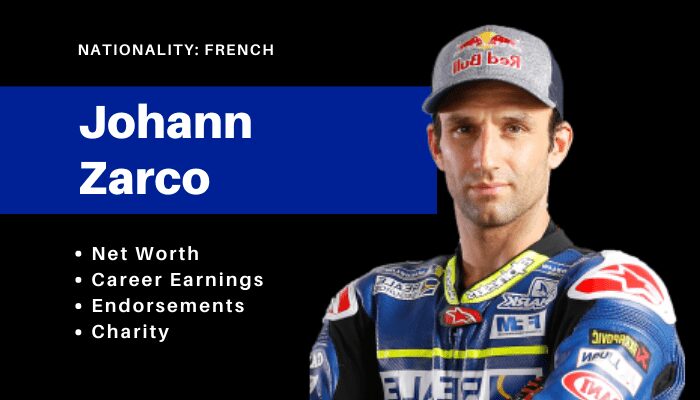 Johann Zarco is a Grand Prix motorcycle racer who currently rides for Pramac Racing, and his bike number is five. Johann has made his way up to the top step by step. He started from Moto3 and is currently one of the best drivers in MotoGP. However, despite extraordinary driving skills, he is not known by many. So, to tell you how brilliant of a driver he is, we have discussed Johann Zarco net worth, earnings, career and records.

As per the reports, Johann Zarco has a net worth of $2 million. The French international’s majority of earnings is from his contract with Pramac Racing.

His base salary at Pramac Racing is $2 million. He earns $105,200 for each race. Furthermore, he also gets a bonus for his franchise for winning the race or finishing at the podium.

Zarco has signed 1-year contract deal directly to Ducati for the first year with the help of rookie Martin. In 2021, he signed a contract extension with Pramac for the next season, 2022. The new deal worth $2.5 million, including a sponsorship bonus and his salary, reported being $2 million.

He was born on 16 July 1990 in Cannes. During his childhood, he was attracted to racing and started racing at a young age. In 2004, he participated in minimoto championships.

In the current season of MotoGP, he is at 2nd position on the leaderboard. In 8 races, Johann Zarco has 109. However, he is yet to register his first victory of the season. The 30 years old has finished at the podium four times this season. With 11 more races to go, Zarco is among the title contenders of this season.