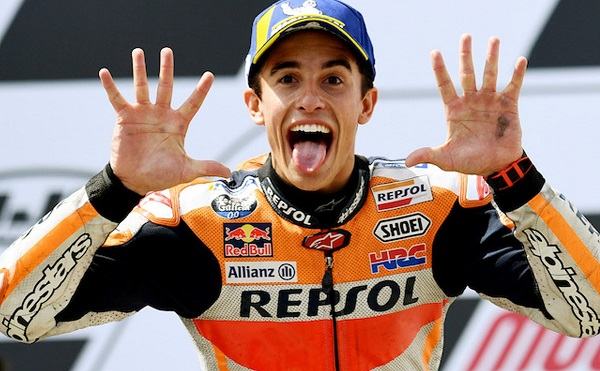 MotoGP is a game of rapid speed and powerful vehicles. Moto Grand Prix is a racing sporting event held every year. Multiple races are conducted and based on cumulative score, the winner is decided at the end of the season. The list of all-time top 10 best MotoGP racers is led by Valentino Rossi who is considered as MotoGP greatest riders. Later, Marc Marquez competed with Rossi to become the best MotoGP riders of the modern era.

People who have a keen interest in sports bikes and speed are usually fans of MotoGP. Various manufacturing companies have franchises and they hire bikers to compete in MotoGP by their name. Popular brands like Yamaha, Ducati, Honda etc. are some of the franchises in MotoGP. Let take a look at the best MotoGP racers of all time.

He is known as one of the pioneers in the sport. He introduced the knee-down rear-wheel steer technique to the sport. He was the first racer to win the 500cc championship in the debut season. Furthermore, Roberts won three straight championships from 1978-1980.

Jorge Lorenzo has 47 victories and 114 podium finishes to his name. He won three world championship titles in 2010, 2012 and 2015. Lorenzo rode for Yamaha, Ducati and Repsol Honda. He picked up a surreal 383 points in his first title-winning season of 2010. He is modern day’s one of the best MotoGP racers of all time.

The Australian has a pretty short career in MotoGP. But what he achieved in a short span of time is commendable.  In just 115 starts he picked up 38 wins and 69 podium finishes.

On 17 May 2012, he decided to retire from sports as he wanted to spend time with his family.

The American ended his career with 31 wins and 78 podium finishes from 127 starts.

He holds the record of only MotoGP racer to win the Motorsport and Formula 1 title in the same year. John has four titles in the 500cc category and 3 titles in the 350cc category under his belt. He left the world in 2017 as the greatest British racer of all time.

The British lad Mike was nicknamed “Mike the Bike”. During the later stage of his career, he shifted to Formula 1. However, a car crash in 1981 shattered his dream of having a successful career in Formula 1. Mike Hailwood is remembered for his back to back titles from 1962 to 1965 in the 500cc premier class category.

Mick Doohan had an 11 years long career in MotoGP. He started his career in 1989 and decided to retire in 2000. During this time, he won five consecutive championships from 1994 to 1998. Doohan is known for fixing his bike on his own.

Marc has won 56 races and has 95 podium finishes in 127 starts. The Spanish international is expected to break all records in the future If he continues his current form and would become the best MotoGP racer of all time.

Agostini is currently the brand ambassador of the sport. He is famously known for his famous victory for Yamaha which ended MV Agusta dominance. During his career, he won seven consecutive titles from 1966 to 1972. He is still considered the best MotoGP racer of all time.

Valentino Rossi is the greatest MotoGP racer of all time. The Italian has nine championships to his name, out of which 5 titles he won in a consecutive stretch from 2001-2005. Rossi used to wear 46 number during his career.