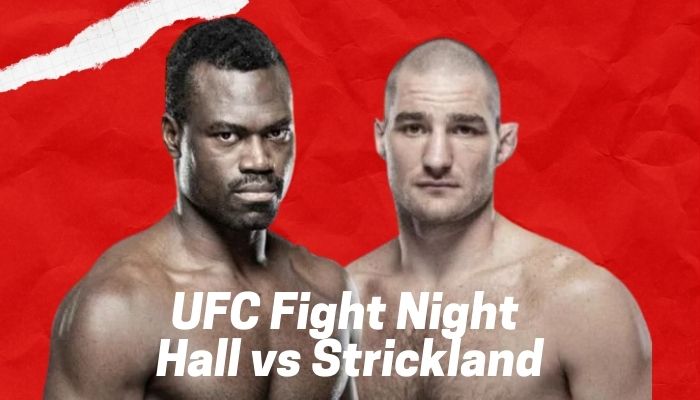 This Saturday night, July 31, UFC Vegas 33 will take place at the UFC Apex facility in Las Vegas, Nevada. There is an exciting and flavorful match up to close off a relatively bland card for the night. The main fight features Uriah Hall and Sean Strickland. Hall is coming off around 1 TKO against former middleweight champion Chris Weidman. Strickland is also riding high on the unanimous decision against Krzysztof Jotko.

The card features 13 bouts in total, and 6 fights are on the main card, and 7 fights are on the preliminary card. The main card sees 2 top15 middleweight contenders go toe to toe. Uriah Hall(#8) will take on Sean Strickland(#11). Hall, the flashier of the 2, will try to catch Strickland with his lightning-fast jabs. Strickland is the better 5 round fighter, but he had only gone to 5 rounds in one bout all the way back in 2011.

Both fighters will be riding on a 4 fight win streak. If it goes to 5 rounds, the fight will probably end in Sean Strickland’s favour, who, after getting a read on Hall, will throw volume. Hall The more explosive of the two will try to end it quick.

BT Sports shows the live stream of UFC Vegas 33 in the UK, while in Australia, UFC Vegas 33: Hall vs Strickland live stream can be watched using UFC Fight Pass and Kayo streaming service. The fight card will begin on Sunday, August 1, at 11 am AEST.