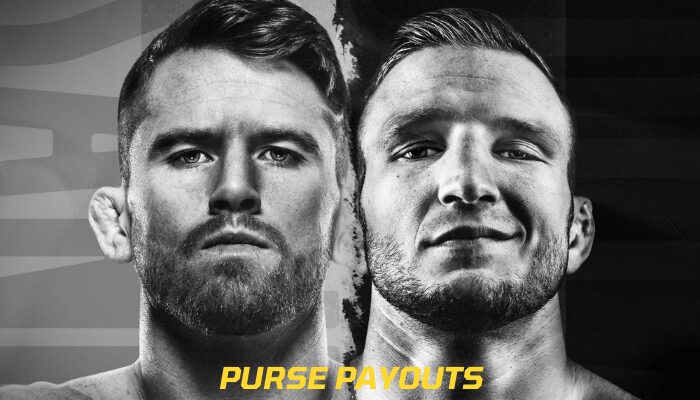 U UFC Vegas 32: Sandhagen vs. Dillashaw Purse Payouts: UFC bantamweight champion TJ Dillashaw is making a return to UFC after two years to prove himself and earn massive money.

UFC Fight Night event is headlined by T.J. Dillashaw and Cory Sandhagen fight in the UFC Vegas 32 main event. The fight will take place this Saturday night, July 24, 2021, at the APEX in Las Vegas, Nevada. Both the bantamweight champions are looking for the 135-pound title fight. Whatever the result, but one thing is sure that both fighters will make a good amount of money from the fight. UFC Vegas 32: Sandhagen vs Dillashaw purse payouts are based on their fight contracts.

The former two-time UFC bantamweight champion T.J. Dillashaw is returning after the two years of suspension to regain the 135-pounds title, while No.2 ranked Sandhagen is just a victory away from the title fight.

Ultimate Fighting Championship (UFC) is once again ready to put MMA action at UFC APEX in Las Vegas, Nevada. The exciting match card is headlined by No. 2-ranked contender Cory Sandhagen and former champion T.J. Dillashaw. The fight is set to take place on July 24, 2021, featuring women’s Bantamweight contender Aspen Ladd vs Macy Chiasson in a co-main event. You can watch UFC live stream on ESPN and BT sports app.

UFC 266 Date, Location, Card, Start Time and Everything You…

T.J. Dillashaw has a contract deal with UFC promotion and will earn a guaranteed purse of $100,000 for the fight. The total fight payout of the former champion is expected to be around $1480,000 if he wins the fight.

The top-ranked bantamweight champion Cory Sandhagen will earn a guaranteed purse of $300,000 for this fight while he could make around $438,000, including the fight win bonus and sponsorship deals.

UFC also offers pay-per-view points to the main card fighters, get the complete salary of each UFC Vegas 32 fighter after the event.

The below listed UFC Vegas 32 salaries are reported by thesportsdaily.com.