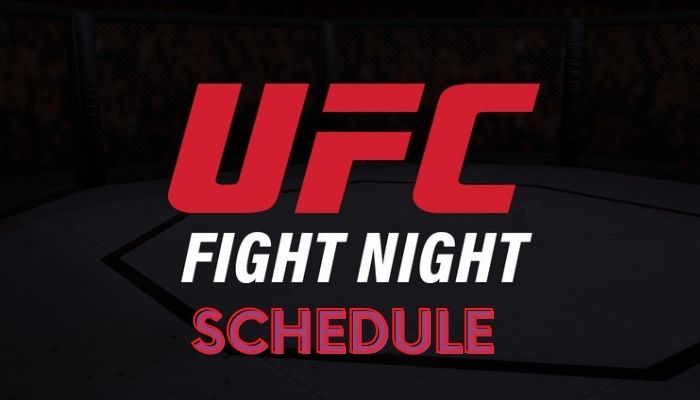 UFC has made good on its pledge never to stop running live events during the coronavirus pandemic. Despite the early cancellation of a couple of shows last year, the world’s number one mixed martial arts organizer had managed to put fights every week. If you are a UFC fan and don’t want to miss the fight dates then keep yourself updated with our UFC schedule 2022 which includes all the upcoming UFC fight events with preliminary and main card.

The main highlight has been Khabib Nurmagomedov’s emphatic knockout against Justin Gaethje at UFC 254 and the aftermath of that fight. Khabib, after winning by Submission with a perfect triangle choke to Gaethje in the second round, Khabib immediately burst into tears as this was his first and arguably his last fight after his father Abdulmanap Nurmagomedov ‘s death this year.

Khabib, after expressing his overwhelming emotions, then announced his retirement from professional MMA and left the octagon ring undefeated at 29-0 and still the Undisputed UFC lightweight champion.

Undoubtedly Khabib Nurmagomedov will be remembered as one of the greatest to step into the octagon; he also finishes as the No.1 ranked pound to pound UFC fighter.

The biggest UFC fight of the year 2022 is all set to take place as Dustin Poirier confirmed the third fight against Conor McGregor.

Here is the list of every UFC fight event in 2022.

Note: Be sure to check back this page when we have more details about all the upcoming UFC events with the full UFC schedule for the year 2022 to 2022.