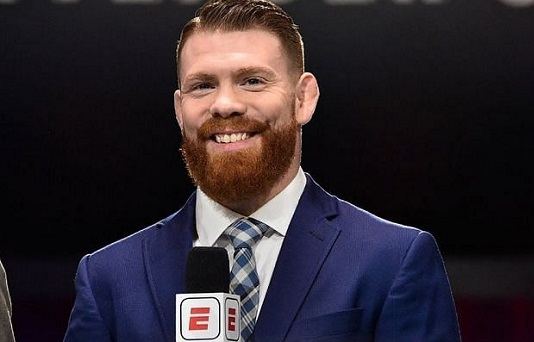 Ultimate Fighting Championship (UFC) has attained global recognition and attention over the years. Various veteran fighters like Conor McGregor, Ronda Rousey, Brock Lesnar etc. have stepped into the octagon. But, one aspect which further enhances the thrill of the UFC is commentary. They have the power and skill to describe the action in the soberest and appealing way. Recently, the promotion has released the list of all the UFC commentators and analysts.

Fighters with exceptional skills are known to the world, but the talented commentators produced by UFC are obscure to the world. A handful of people get the opportunity to announce fights or interview players. With sheer dedication and skill, people have taken it to another level. Here is the list of UFC Commentators who have made an impression with their work.

Here’s a look at some of the popular UFC commentators who took their success to next level.

He has been involved in the UFC since its early days. Joe Rogan is one of the best commentators UFC has produced. He is also a comedian, anchor and actor. Rogan started his UFC career in 1997 at UFC 12 as backstage and post-fight interviewer. Currently, he is UFC’s color commentator.

Daniel is a former fighter and one of the best to step in the octagon. He is equally good at commentary. Cormier has been a part of the commentary panel in numerous important fights. During his playing days, he was Ultimate Fighting Championship Light Heavyweight and Heavyweight Champion.

Former ESPN anchor now works for UFC and he is an A-list commentator. He is actively involved in weigh-ins and various other activities. Joe Anik has vast experience in hosting MMA events. In 2011, UFC President Dana White signed Joe Anik. He signed a 4-year contract extension in 2018.

Dominick Cruz is a former bantamweight champion. He is one of the few fighters turned commentators in UFC. Cruz is equally skilful with his words like he was with his fist.

Former Middleweight champion Michael is currently a part of the UFC commentary team. He also has his podcast on Youtube. After losing his title to GSP at UFC and then again facing defeat against Kelvin Gastelum, he decided to retire. Since then he has been a commentator in the UFC.

He is one of the best UFC commentators that the promotion has witnessed. Famously called ‘The Irish Dragon’ works as a color commentator and also a mixed martial artist. Paul made his UFC debut in 2014. He keeps on switching between commentary box and octagon. Till now he has successfully managed both jobs.