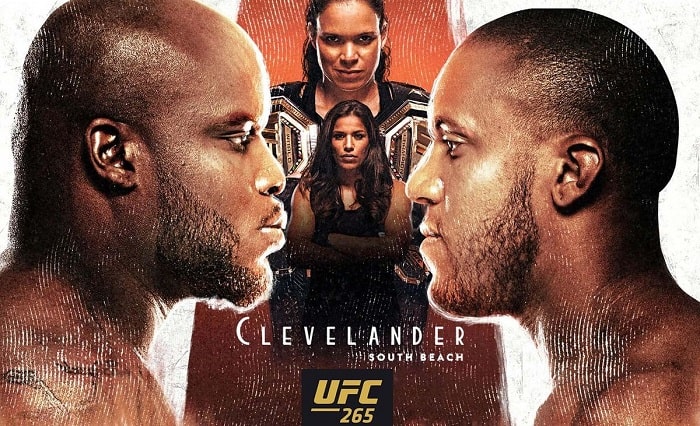 Here’s everything you need to know about the Derrick Lewis vs Ciryl Gane fight, including Fight card, date, odds, rumours, location and broadcasters.

The fighters will face each other at Ultimate Fight Championship (UFC) 265. The interim heavyweight title fight will take place on 7th August 2022. The location of the fight is Toyota Center, Houston, Texas, United States. The main card of the event will commence at 10 pm ET. MMA fans can watch UFC 265 live stream on the ESPN+ app and BT Sports app.

Lewis has won 20 fights by a knockout, 1 by submission and 4 by decision. The American has faced 7 defeats in his career.

Ciryl Gane is a French professional mixed martial artist. He made his UFC debut in 2019 against  Raphael Pessoa. Gane won the fight by an arm-triangle choke at the end of the first round. The 31-year-old has fought 9 fights and won all of them. He has won 3 fights by knockout, 3 by submission and 3 by decision. Gane is yet to taste defeat in his professional mixed martial arts career.

Derrick Lewis has a record of knocking out his opponent of around 80 per cent, which is quite good, while his opponent, 31-year-old Gane, is undeated so far. Ciryl Gane is expected to maintain the perfect record at UFC 265.