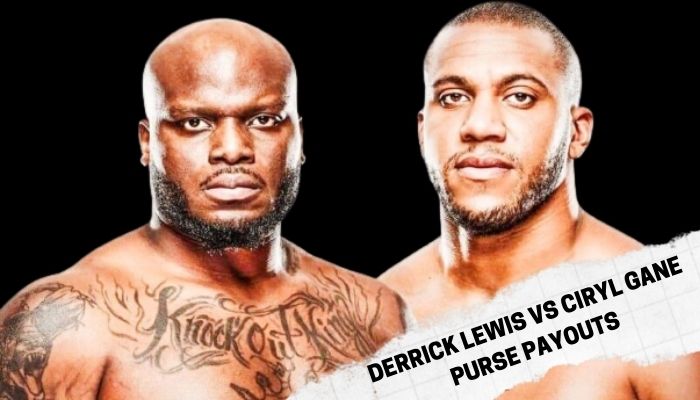 Derrick Lewis Vs Ciryl Gane Purse Payouts: How Much Money Will Fighters Make At UFC 265?

The UFC is back with another pay-per-view this weekend as UFC 265 is headlined by Derrick Lewis Vs Ciryl Gane. The fight is set to take place on August 7 in Houston, Texas. After the Poirier-McGregor fight, the UFC 265 fight card is likely to look pale, but still, UFC 265 looks quite good, with many talents gearing to show their MMA skill inside the octagon. UFC 265: Derrick Lewis vs Ciryl Gane purse payouts and exact fighter salaries will be disclosed after the event.

The heavyweight interim title fight between Derrick Lewis and Cyril Gane is set for the Saturday after UFC failed to put the current heavyweight champion Francis Ngannou and his challenger Jon Jones on the card.

The above figures do not include any deductions made by the promotion for insurance and taxes. Also, it does not include the share of the pay-per-view revenue.

The UFC 265 fight cards are available in the United States on PPV, priced at $70 for the existing ESPN Plus subscribers. MMA fans around the world can watch the UFC 265 live streaming on UFC’s website and ESPN. BT Sports 1 to broadcast the UFC 265 card in the UK while TSN will live stream UFC in Canada. In Australia, MMA fans can watch UFC 265 through Main Event on Foxtel.

Here’s the complete fight card for the event.

Disclaimer: The above information about the UFC 265: Derrick Lewis Vs Ciryl Gane purse payouts is only an estimate, not the official data. The UFC 265 salaries are based on fighters’ contracts with the UFC. The information is based on the analysis, research and reports released by the trusted sources.