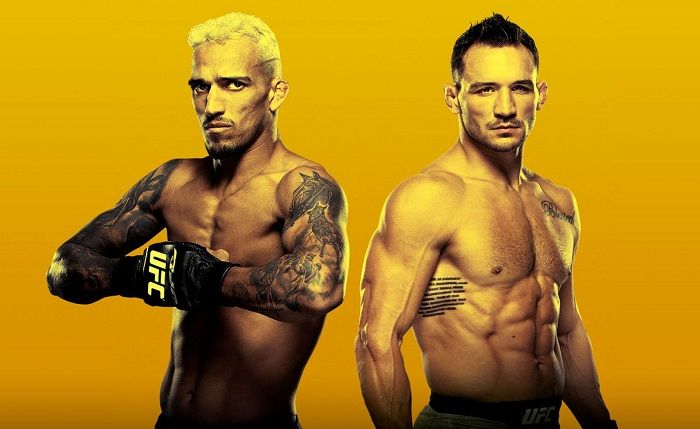 UFC 262 Purse Payouts and Salary: The earning of Charles Oliveira and Michael Chandler for a new lightweight championship is revealed.

The UFC 262 is all set to reveal a new lightweight champion this Saturday night at the Toyota Center in Houston. The 155-pound division champion Charles Oliveira is all set to take on Michael Chandler in the main event of UFC 262 to determine the best 155-pound champion. UFC 252 Oliveira vs Chandler purse payouts and fighters salaries revealed based on their contract with UFC.

After the retirement of Khabib Nurmagomedov, the lightweight championship belt became vacant and now the fight is on between Oliveira and Chandler. Michael Chandler is looking confident after knocking out Dan Hooker in the first round at UFC 257 while Oliveira will step in the octagon for his ninth consecutive win.

The PPV fight at UFC 262 between Charles Oliveira vs Michael Chandler is set to take place on Saturday, May 15. The live coverage of the event will kick off with the early preliminary fights at 5:15 pm ET while the PPV main card to kick off at 10 pm ET. The main event, Oliveira vs Chandler fight to begin around 12:15 am ET. ESPN+ subscribers can watch UFC 262 live stream on its app and website.

The former Bellator lightweight champion, Michael Chandler is all set to get paid a guaranteed purse of $500,000. He started his UFC career knocking out Dan Hooker in just three minutes. There is no official confirmation about the UFC 262 fighters salaries by the UFC but based on past payouts and reports.

According to sources, Charles Oliveira to get a total payout of $550,000 including share from the pay-per-view sales at UFC 262. Oliveira pockets $300K in his previous main card fight at fight night 170. Only guaranteed money reported while there is no news about the pay-per-view shares.

The salary of every UFC 262 fighters like Tony Ferguson, Beneil Dariush, Katlyn Chookagian, Viviane Araujo, Shane Burgos, Edson Barboza, Matt Schnell and Rogerio Bontorin will be updated after the conclusion of the event. Each fighter to earn a $50,000 performance bonus.

Disclaimer: The above information about the UFC 262 Oliveira vs Chandler purse payouts is only an estimate, not the official data. The information is based on the analysis, research and reports released by the trusted sources.