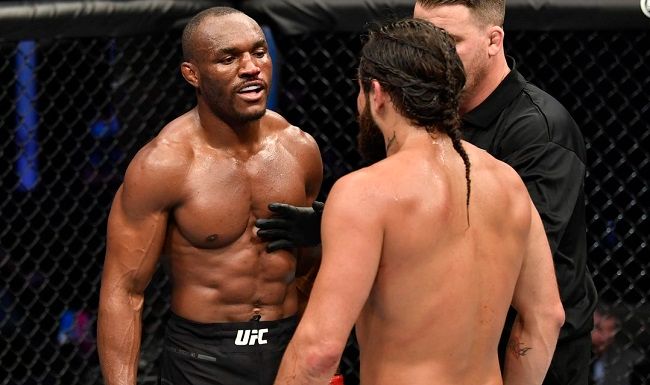 UFC 261: Usman vs Masvidal 2 Fight card, PPV Price and How to Watch Online or on TV

Where to watch UFC 261 live streaming: Welterweight champion Kamaru Usman will take on Jorge Masvidal in the rematch on Sunday in the main event. Here how to watch sman vs Masvidal 2 live stream free.

After the conclusion of UFC 260 on 27th March, UFC 261 is about to be held once again with full capacity with 15,000 fans for the first time in 14 months. The event will be broadcasted live from Vystar Veterans Memorial Arena in Jacksonville, Florida on 24th April. Kamaru Usman will defend his welterweight title in a rematch against Jorge Masvidal.The ESPN+ streaming the fight in the USA while in the UK, UFC 261: Usman vs Masvidal 2 live streaming free is available on BT Sport.

The main event will be telecasted in the UK on Sunday, April 25 at 3 am BST (10 PM ET) and streamed with UFC Fight Pass or ESPN +. The Early Prelims will start at 11 PM BST while Usman vs Masvidal 2 live stream fight to begin at around 12:15 a.m. ET.

The Main Card will see the main event clash between Kamaru Usman v/s Jorge Masvidal fighting out for the UFC Welterweight Title Bout. Zhang Weili and Rose Namajunas will be fighting it out for UFC Women’s Strawweight Title Fight, while Jessica Andrade v/s Valentina Shevchenko will face off for Women’s Flyweight Title Fight.

The other two matches in the Main card will be between Uriah Hall v/s Chris Weidman and Jimmy Crute v/s Anthony Smith.

The MMA fans in the USA can subscribe to ESPN+ for UFC 261 at price of $69.99 while new users can get the ESPN+ subscription at $89.98. MMA fans in Germany, Austria, Italy and Spain can catch UFC 261 live stream online on DAZN and UFC.com.

Where to watch UFC 261 live stream PPV in Canada?

TSN5 has UFC rights in Canada and the channel to watch UFC 261 Usman vs Masvidal 2 live streaming fight.

Which TV channel will broadcast UFC 261 live telecast in India?