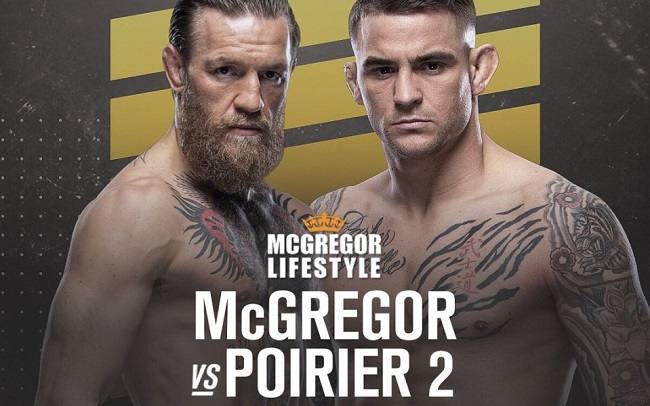 Sony Pictures Sports Network to broadcast the UFC 257 in India live while BT Sport Box Office to stream the Poirier vs McGregor live in the UK on January 24, 2022. Get ready for the exciting night and here’s everything you need to know about UFC 257 Dustin Poirier vs Conor McGregor such as date, time, fight card, TV Channels and how to watch UFC 257 live stream.

Conor McGregor is back into the action in the New Year and headline UFC 257 with the fight against old rival Dustin Poirier. Donald Cerrone was defeated by the Notorious last January in just 40 seconds in McGregor’s comeback bout following his dramatic loss to Khabib Nurmagomedov.

Connor is preparing for his Octagon Comeback despite having retired for the third time earlier this year. Dustin also lost to Khabib last year but has bagged several big wins since losing to McGregor. Both fighters look fierce for their rematch since the 2014 fight that McGregor won at UFC 178 in the first round of the TKO.

The UFC 257 main event is scheduled to take place in the early morning of Sunday, January 24 for UK fans behind closed doors. UK MMA fans can watch the fight between Dustin Poirier vs Conor McGregor at around 6 am.

How can I watch UFC 257 Live Stream for FREE?

For MMA fans in the UK, UFC 257 will be telecasted on BT Sport Box Office. In the meantime, viewers in the US could use the ESPN+ platform to buy the PPV.

Sony TEN 2 in English and Sony TEN 3 in Hindi will telecast the UFC 257 Fight live telecast in India. Dustin Poirier vs Conor McGregor live streaming UFC 257 fight will be available at Sonyliv.

In other countries the UFC 257 live stream is avilable on the below list of channels:

EE mobile customers can watch UFC 257 live coverage free with a three-month trial of BT Sport by texting SPORT to 150 which can be cancelled anytime. Also, Check out how to watch UFC live stream from anywhere.