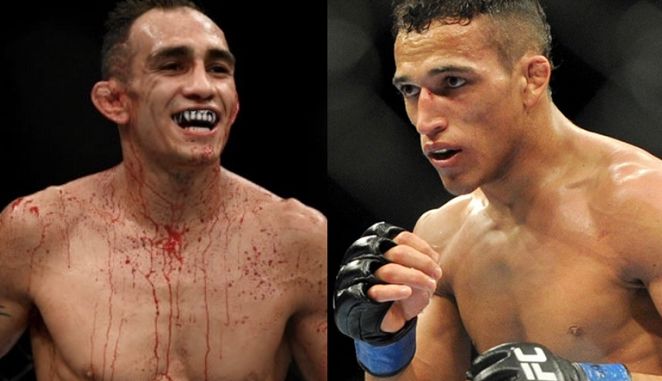 They might not be representing the main event but their match is highly waited for. Although a setback for the fans is that the event will take place behind closed doors of the UFC Apex facility, thus the only way to watch the match is via live streams. But do you know which channel will broadcast the bout in India and globally?

What makes this an interesting fight is the potential and records of both the players. Yes, the first thing to note is that Tony Ferguson is just 36 and Charles Oliveira just 31. And currently, Ferguson is ranked 3rd best Lightweight player and the latter is ranked 6th.

It’s certainly shocking to see that at such young age they fought so many bouts and with great success, thus this bout might not be the showstopper of the night but definitely has the potential to eventually become one. Hence the list of Broadcasters who will cater to the fans globally is as follows.

How To Watch Ferguson Vs Oliveira Live Telecast in India

Sony network has bragged the exclusive rights to broadcast UFC events in India. Thus for the MMA fans sitting in India, they can tune to Sony Ten 2 in English & Sony Ten 3 in Hindi for UFC 256 telecast.

ESPN will cater to the MMA lovers in the USA, as they will have to buy the subscription at $5.99 a month. But that’s not all, as those who want to watch exclusive PPV fights will have to pay a whopping $84.98 a year.

If you want to watch MMA then the UK is the best place to be, unlike the other places BT Sport doesn’t charge a single extra penny for PPV fights, instead, you just have to pay your regular TV channel subscription fee and get all the exclusive benefits.

Foxtel is where the TV coverage of the fight will be telecasted, but there is one issue as they won’t show every fight and definitely not the main event, hence the eventual option is to go to the streaming platform Kayo Sport.

The good news is that Kayo Sports offer 14 day free trials, hence you cancel it anytime during those 14 days to avoid any charges.

To watch the fights in Canada there are several local cable providers who will cater to it, such as Bell, Rogers, Shaw, Telus, Eastlink, but at a cost of $64.99.

Although the best way to watch the match be it in any region is by buying the UFC Fight pass which brings you to live fights at $84.98 annually. While TSN offers these streaming services for $19.99 a month.

The only way to watch the Tony Ferguson vs Charles Oliveira fight live streaming in New Zealand is by tuning in to SKY Arena. The subscription fee for the same is $39.95.