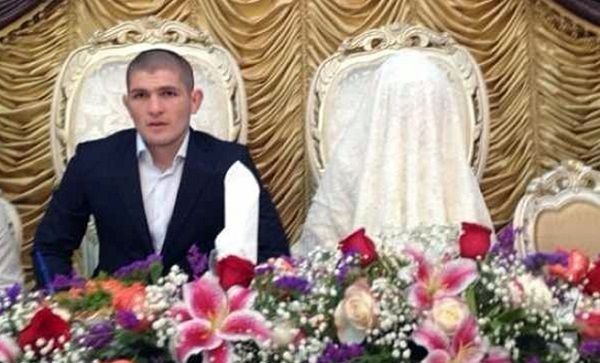 Khabib Nurmagomedov Wife: The Mystery Behind His Never Seen Wife

One of the biggest stars of UFC, Khabib Nurmagomedov has recently retired. Let’s find out the mystery behind Khabib’s never seen wife and family.

The achievements of Khabib Nurmagomedov are unparalleled. He is definitely one of the greatest fighters of the UFC. The Russian was the undisputed UFC lightweight champion that recently won by Charles Oliveira. He has lost just one round in the last 28 fights. This shows his dominance in the octagon. In his renowned career, he has defeated veterans like Rafael dos Anjos, Dustin Poirier and many more.

The most famous victory of his career is against Conor McGregor. We are all well familiar with Khabib’s professional life. But, when it comes to personal life, the Russian like to keep it. He usually avoids talking about his personal life during the events. Till now he has successfully kept his personal and private life separate. Here, we have all the details about Kahbib life outside the MMA world.

He was born in a small village in Tsumadinsky on 20 September 1988. His father was a combat trainer. At the early age of 12, Khabib started training under his father. Nurmagomedov trained in Judo and combat sambo during his childhood.

The wedding cost was around 700,000 rubles or roughly $10k. Family friends covered al the expenses of the marriage . The Khabib family has a tradition of a second marriage. Both his father and grandmother had two wives. The second marriage is usually done at the age of 50.

Born in the same village (Sildi) as Khabib, Patimat and Khabib were childhood friends. They attended the same school. However, he separated from her after he moved to Makhachkala to start his mixed martial artist career.

His father in an interview revealed that Khabib Nurmagomedov’s wife Patimat didn’t get the surname Nurmagomedova after the marriage. And the reason is that she is a distant relative. There are no photos of his wife, Patimat on social media or on any other platforms.

The Russian likes to keep his personal life private. Numerous women pictures in the past have been declared as Khabib’s wife photo.

Why did Khabib Nurmagomedov keep his Personal Life Private?