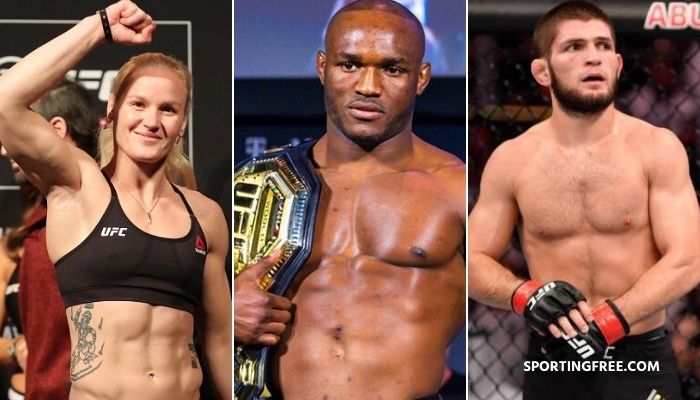 The Strongest UFC Fighter in Every Division RANKED

The thing that gives an upper hand to UFC over other MMA promotions is the quality of players. If a fighter is competing in Ultimate Fight Championship (UFC), they are definitely the elite fighter. UFC has witnessed numerous brutal and strong fighters. Let’s explore the strongest UFC fighter in each division. The list contains both male and female fighters.

In the flyweight division, the strongest UFC fighter is Valentina Shevchenko. She is one of the most ruthless and brave female fighters in the UFC. Valentina has won multiple titles, has won 13 fights and lost just 3 fights in her professional career.

She rules the flyweight division and is the current UFC flyweight champion. Shevchenko has a professional record of 24-21-3. The 33-year-old Kyrgyzstani-Peruvian international is currently ranked #2 in UFC women’s pound-for-pound rankings.

Kamru Usman is the UFC welterweight champion. The 33-year-old is not in the mood to stop competing. Popularly known as ‘The Nigerian Nightmare’, Usman has won 19 fights and lost just 1 fight in his MMA career.

Khabib has retired now and is one of the best and strongest UFC fighters the promotion has witnessed. The Russian completely dominated the lightweight division.

The former Ultimate Fighting Championship (UFC) lightweight fighter holds a professional record of 29-0. Khabib holds the record of longest-reigning UFC Lightweight title. Nurmagomedov is the first Muslim to win the UFC title. He defeated Conor McGregor in one of the fights of the century.

She is the best UFC female fighter. Amanda Nunes has competed in different divisions. Nunes has defeated opponents twice her size and weight. The 33-year-old Brazilian is currently the UFC Bantamweight and UFC Featherweight champion. She is the first female athlete and third overall to hold titles in two different divisions. Presently, she is #1 in the UFC women’s pound-for-pound rankings.