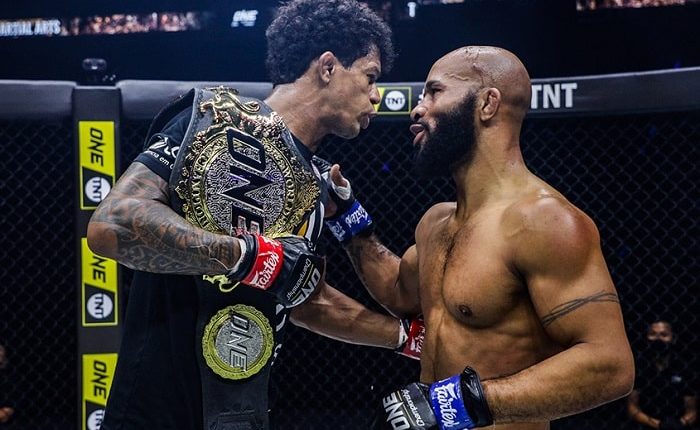 What is ONE Championship?

ONE CHAMPIONSHIP is a Singapore based mixed martial arts (MMA), Muay Thai, and kickboxing promotion founded on 14 July 2011 by Chatri Sityodtong and Victor Cui. It is among the world top 10 sports media properties in terms of viewerships and audience engagement.

Some notable athletes who have been a part of ONE Championship are  Demetrious Johnson, Eddie Alvarez, Christian Lee, Nieky Holzken, Eduard Folayang, Giorgio Petrosyan etc. There are a total of 10 weight divisions in ONE Championship.

Despite such a short history, ONE Championship has come a long way in terms of finances. The salary of the ONE Championship fighters is not in public. However, in 2018, it signed two UFC stars, Demetrius Johnson and Eddie Alvarez, these two are the biggest signings of ONE Championship.

UFC fighter Ben Askren in 2018 accidentally revealed he received $50k for agreeing to fight and show up on occasion. Adding to it, he also got $50k for the win. The former Bellator fighter also had an incentive clause in his contract with ONE CHAMPIONSHIP.

Female Fighters Purse Payouts and Salary in ONE Championship

Next year, Sityodtong stated that ONE Championship equal the amount of money earned by UFC female fighters.