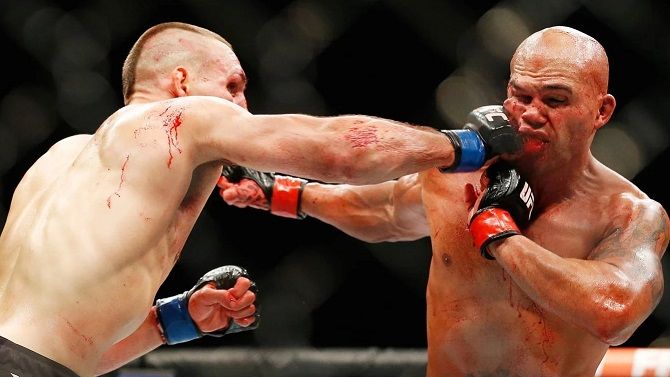 MMA Weight Classes: How Many UFC Weight Divisions are There?

Traditionally, there are a total of 8 weight classes and categories in mixed martial arts (MMA). All the fights are held as per these categories only. However, on several occasions, bouts are organised between intermediate classes. The terminology used for these divisions might differ from region to region. But UFC and Bellator used the standard terminology and divisions.

One eccentric fact is that when there is a title fight then there is no grace offered during fighters’ weights. But when the title is not at stake a grace of 1lb is provided. For example, if two fighters are fighting for the flyweight title then the fighter’s weight should be less than 125lb.

How many MMA weight classes are there?

However, if it is not a title fight then they need to weigh under 126lb. So, here are all the eight MMA weight classes/divisions/categories with their weight limits.

The first division is flyweight. Fighters between 116lbs – 125lbs fights in this category in the UFC. The title weight limit of the division is 125lbs and for non-title fights, it can go up to 126lb.

Most MMA companies called it a bantamweight category. But The King of Cages calls it a flyweight category. The weight limit is 126lbs to 135lbs. In non-title fights, 136lbs is also approved.

Different companies use different weight categories for this division. For the UFC, it is between 156lbs to 170lbs. On the other hand, for One Championship the upper limit is 185.2lbs and for traditional boxing the maximum limit is 147lbs.

The middleweight division weight limit is between 171lbs to 185lbs. Various organisations use different weights but this is the standard weight division used in the UFC. The extra grace of one lb makes it 186lbs for non-title fights.

In all the big organisations, the light heavyweight category for the fighters between 186lbs and 205lbs (206lbs for when the title is not at stake).

Generally, the Heavyweight MMA weight class is the upper limit in MMA. Both Bellator and UFC allow fighters between 206-265lbs to compete in this division. If it is a general fight then the upper limit is 266lbs.

Super Heavyweight division is new and rarely used in mixed martial arts. The Ultimate Fighting Championship (UFC) on several occasions held super heavyweight fights. All the fights about 265lbs are categorised as a super heavyweight.