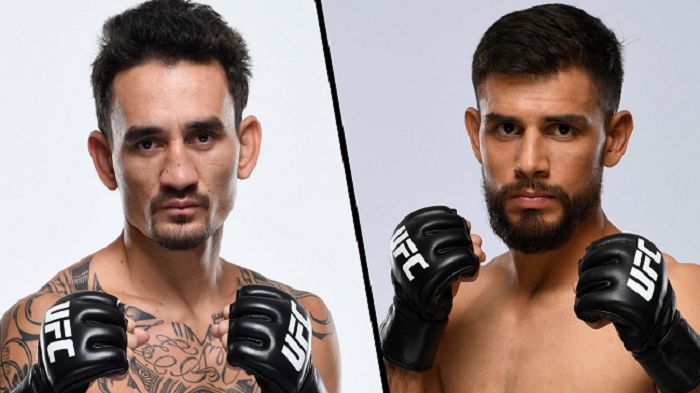 Max Holloway vs Yair Rodriguez fight is set to take place on July 17, 2023 headlining the UFC Fight Night event for a featherweight matchup.

Former featherweight champion Max Holloway and Yair Rodriguez are considered for a July match up by the UFC for a featherweight matchup according to UFC president Dana White.

Contracts have yet to be signed, but the UFC is close to finalizing the matchup according to sources from ESPN. July 17, 2023 is a tentative date for the UFC Fight Night event according to some sources.

Holloway has a great (22-6) career, a former UFC featherweight champion. Coming off arguably one of the greatest performances in UFC history in January.

Max will return to action after a long time to win over Calvin Kattar in his most recent appearance back in January. Holloway, the 145-pound champion, took a win over Kattar. In 25 minutes with a volume striking attack that left his opponent bloodied and battered when the fight was over.

The only loss Holloway has faced since 2014 were  a pair of losses to reigning featherweight champion Alex Volkanovski. In consecutive fights and a decision loss to Dustin Poirier for an interim lightweight title.

In a five-round decision win over Calvin Kattar on Fight Island.

Holloway considered in great shape for the 145-pound title shot.

Holloway, 29, is in great shape for the 145-pound title shot. Against Rodriguez (13-2) who has not fought since he earned a decision victory against Jeremy Stephens in October 2019. The 28-year-old was scheduled to fight last August but withdrew due to injury.

Rodriguez, of Chihuahua, Mexico, has an 8-1 in the UFC overall career. His only loss was in 2017 to former lightweight champion Frankie Edgar.

Rodriguez, the always flashy Rodriguez has booked his first fight since 2019. When he earned Fight of the Night honours against Jeremy Stephens.

He also picked up an impressive last-second knockout over Chan Sung Jung back. In 2018 who is also called ” The Korean Zombie ” as he continued to move up the rankings at 145 pounds.