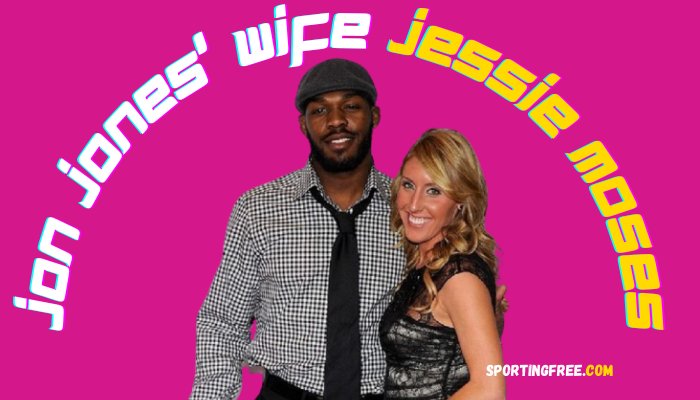 Who is Jon Jones’ Wife, Jessie Moses? All We Know About the Couple

The two-time undisputed UFC lightweight champion, Jon Jones is an American Mixed Martial Artist. The 31 years old has a successful career and is well known for his professional life. Known for his skills and power punches inside the octagon, The American UFC also has a well established personal life. Jon Jones is engaged to Jessie Moses who is also from America but it’s not clear whether the couple is married or not.

The 32 years old, Jessie Moses was born on September 12, 1987, in Endicott, New York. She met Jon during school days. After finishing high school, she went to Broome Community College, Brome County for her graduation.

In 2009, she graduated with a major in political science. Despite having a college education, Jessie Moses does not do any work. All her focus is on raising her kids and providing them with the best education and values.

When did Jon Jones Meet his Wife?

The couple met for the first time during their school days. They both attended the Endicott High School in New York and started dating. She supported Jones in every decision and was there for her even before he made his MMA debut.

When Jessie was in college, she got pregnant with their first daughter. In 2008, Jessie Moses gave birth to her and Jon Jones’ first daughter. After dating for numerous years and having kids with Jessie Moses, Jon finally decided to tie the knot with her.

In 2013, on Easter Jon proposed to Jessie and posted their engagement photo on Twitter. However, the couple has confirmed whether they are married or not. But on a number of occasions, Jon Jones has called Jessie Moses as his wife.

READ: Who are Jon Jones Brothers

The couple were blessed with their first child in 2008. Jessie gave birth to Leah, the eldest among the siblings. During that time Jon Jones just started his MMA career.

Just after one year, the couple were blessed with second children. Jon Jones and Jessie Moses named their second daughter – Carmen. Carmen is named after Jones’ sister who died because of brain cancer at a young age.

In 2013, the year they got engaged, Jessie Moses and Jon Jones welcomed their third child and daughter – Olivia Haven.

How do Jon Jones Manage Professional and Personal Life?

On the other hand, his family stays in Ithaca, New York. He tries to give equal time to both his professional and personal life. And till now he is successfully managing to do so.