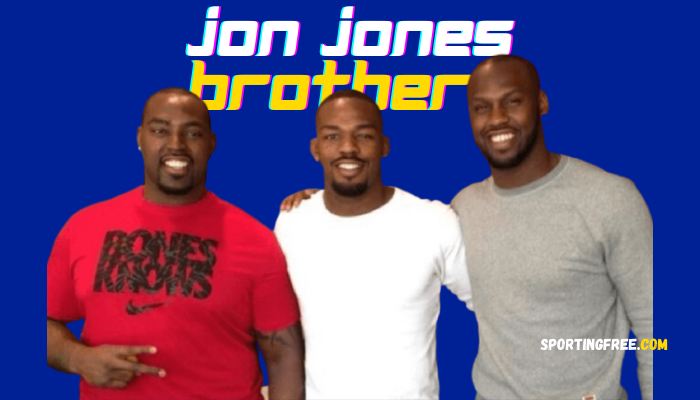 Who are Jon Jones Brothers, Arthur and Chandler Jones?

Jon Jones is an American mixed martial artist professional. He competes in the lightweight category in the Ultimate Fight Championship (UFC). Two times UFC lightweight champion, Jones is considered one of the best fighters in the UFC. He has an impressive record of 26-1-0 in the MMA.

The 33-year-old is one of the best fighters in the MMA and holds an amazing record of 26-1-0 in his career. The American show has shown his fighting skills inside the octagon.

Who is Arthur Jones?

He is the oldest among the Jones brothers and had a successful NFL career as a defensive tackle. Arthur made his NFL debut in 2010 when he was drafted by the Baltimore Ravens. In 2012, he won his first super bowl title.

After three years, he left the Baltimore Ravens for the Indianapolis Colts. Arthur spent two years with Indianapolis Colts before leaving in 2017. He then signed for the Washington Redskins but due to the dislocated shoulder, he was sidelined for the entire season. After much contemplation, he decided to retire in 2017.

Who is Chandler Jones?

Chandler is the youngest of the Jones brothers. He also plays in the NFL. The 31 years old plays as an outside linebacker for the Arizona Cardinals. In 2012, he got a place in the All rookie team of the season.

At NFL draft 2012, Chandler Jones was picked by the New England Patriots. He spent three years with the Patriots (2012-2015) and won the super bowl with them in 2014. Since 2015, Chandler has represented the Arizona Cardinals.

Chandler Jones won the Super Bowl in 2014 playing for the New England Patriots.

Currently, Chandler Jones’s net worth is $10 million and after signing with New England Patriots, his salary increase from $3.9 million to $4.38 million.

Influence of Jon Jones’ Brothers on His Career

Jon’s brothers have been there for each other in every part of their careers. Jon Jones gives a fair share of his successful career credit to his brothers. He said, “ My brothers and I have become familiar with combat sports from a young age.

I remember growing up wrestling with my friends. I think wrestling is like an actual fight. When I was practising for MMA for the first time and decided I wanted to give it a try, my brothers pushed me and motivated me.

He further added, “ You know when all the three brothers are professional it motivates you to do better.

During childhood, I got my butt kicked and that made me comfortable with combat. I was good in wrestling also, so my basics were clear and helped him in my career”.