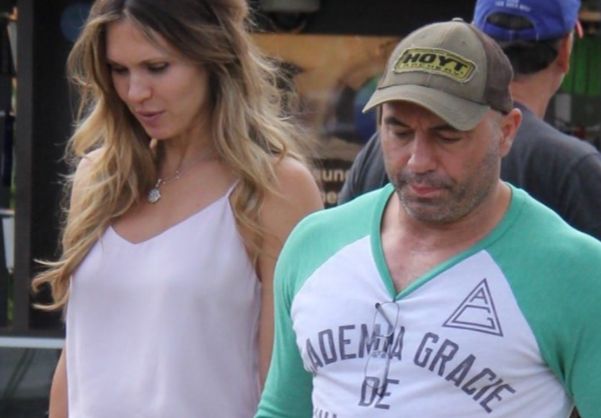 American Joe Rogan is a comedian, MMA commentator and podcast host. He is one of the best commentators in the Ultimate Fight Championship (UFC). Joe has a successful professional career. The unknown fact, he has a very successful personal life as well. Joe Rogan’s wife Jessica Rogan is quite supportive and the couple got married in 2009.

Rogan is known for his famous podcast – The Joe Rogan Experience. He started the podcast in 2009 and various celebrities have been his guests.

Born in Sugar Land, Texas, Jessica did her bachelor degree from California State University and did her second undergraduate degree in Psychology and Molecular and Cellular Biology from the University of Arizona.

After her studies, she worked as a waitress, model and product analyst to name a few. She was also a TV producer and was assistant producer of the TV show The Simpsons.

She had a relationship with Kevin Conner and also gave birth to a daughter, Kayja Rose in 1996. But, in 1998 the couple separated due to speculation of cheating by Kevin Conner.

How does Joe Rogan and Jessica Met?

The couple’s first encounter was in a bar. Jessica used to work as a waitress at the bar. In a short time, they started dating. After dating for 8 years and knowing each other completely, they tied the knot in 2009.

Joe Rogan and Jessica tied the knot in a private ceremony in California. The couple has two daughters now. Lola Rogan (elder one) and Rosy Rogan (younger one).

READ: Who is Khabib Nurmagomedov Wife

However, people have seen her strolling on the streets of LA. Jessica Rogan’s daughter, Kayja Rose, usually posts photos with her mother on Instagram.

The first breakthrough Joe Rogan got was in 1997 when he started working for UFC. He started working as an interviewer and color commentator. But after a few years, he left due to financial reasons. He made his UFC comeback in 2001 and has been an integral part of the UFC commentary team.

In 2009 he launched his podcast – The Joe Rogan Experience. After 4 years, in 2013, he started uploading podcast videos on Youtube.

Due to podcast million views and immense popularity, Spotify bought the podcast right in an estimated $100 million deal. Some of the notable guests of his podcast are Sean Anders, Tyson Fury and Marques Brownlee.